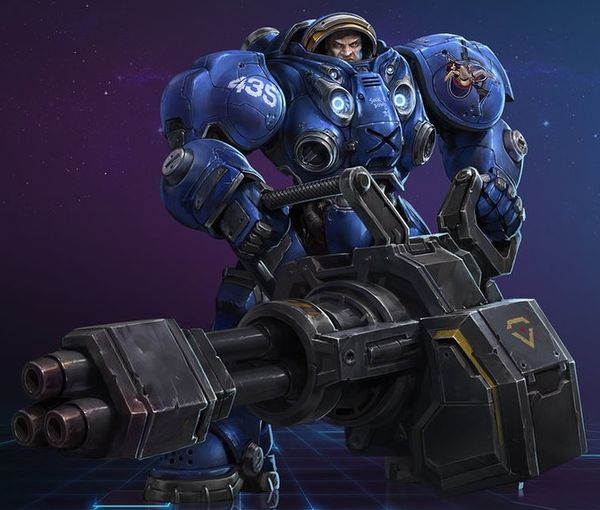 Tychus Findlay, the Notorious Outlaw, is a Ranged Assassin class hero in Heroes of the Storm.

The following abilities are only available while inside the Odin:

Former soldier. Erstwhile thief. Convicted felon. Tychus Findlay and Jim Raynor share what some might call a checkered past—the type filled with daring exploits and courageous fights doing not so courageous deeds. While no one can be sure where Tychus' loyalties lie, one thing is for certain: he's a fearsome combatant whose impact on the battlefield is anything but subtle. Tychus always goes big. Always.