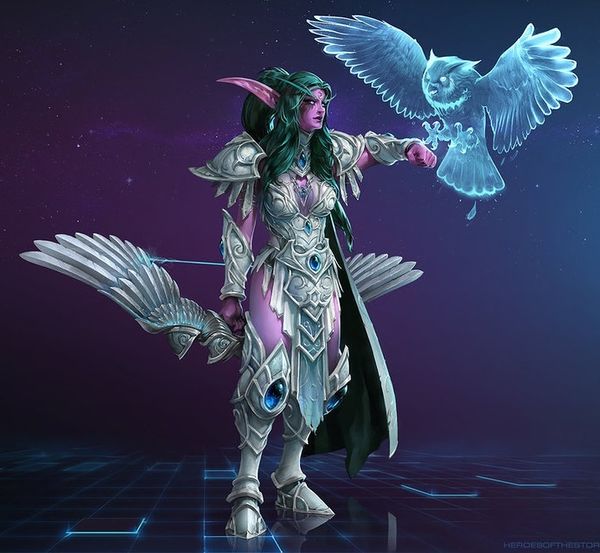 Tyrande, the High Priestess of Elune, is a Ranged Support class hero from the Warcraft Universe.

Tyrande Whisperwind strikes fear into all who wish ill of the Kaldorei. As the highest ranking Sentinel and High Priestess of Elune, she is not only the Night Elves' most deadly warrior, but also their most cunning leader.