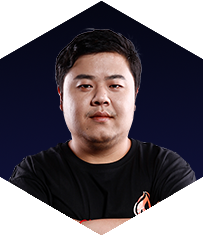 Chen "uncleG" Qiang is a Chinese Heroes player formerly suspended for the rest of 2018 for breaking official LAN rules during a match between A-Team and Team Nut on July 10th of 2018.[1]
Before he was the owner of Start Over Again and was formerly known as "nightmare" on Ago Leoss.

He played the Support role until June 2018, when he switched to the Warrior role starting from GHL 2018 Season 3.