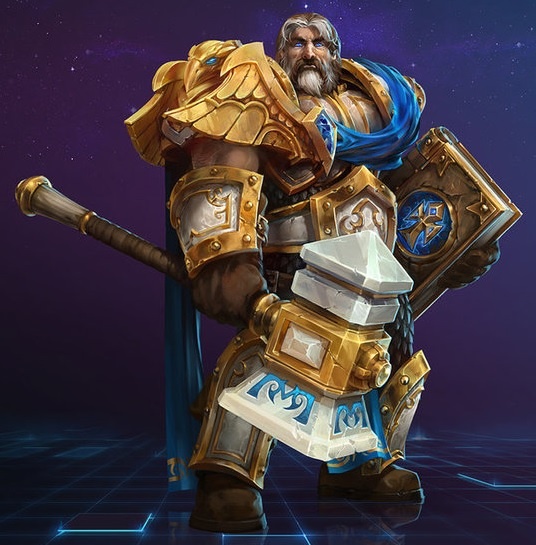 Uther, The Lightbringer, is a Melee Support class hero in Heroes of the Storm. He first appeared in Warcraft II a human Paladin. He returned in Warcraft III: Reign of Chaos as the mentor of the protagonist Arthas Menethil, before being killed by the same.

Uther is supposed as a healer who can also deal damage when skilled appropriately.

The first paladin and founder of the Order of the Silver Hand, Uther the Lightbringer is a faithful servant of the Light. Dispensing justice with the swing of his hammer, Uther is a bastion of truth and an unflinching symbol of the Alliance.