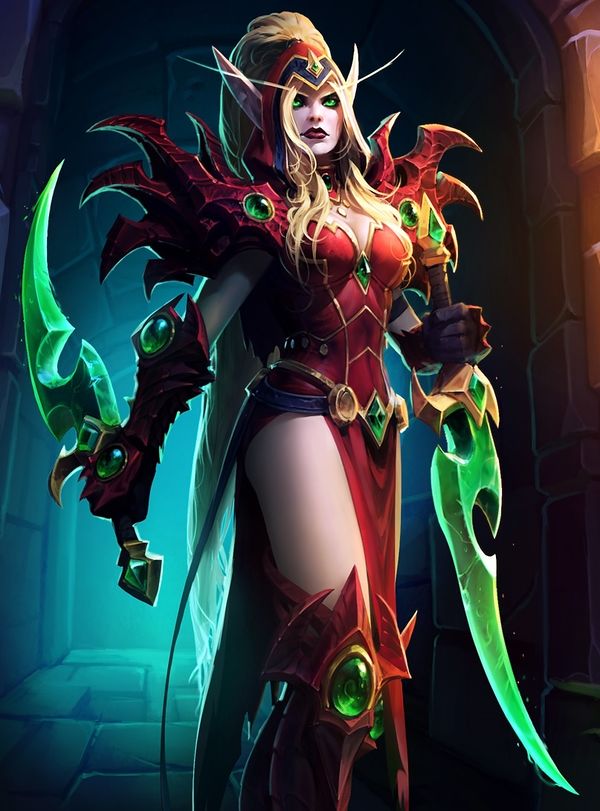 Valeera Sanguinar, the Shadow of the Uncrowned, is a Melee Assassin class hero in Heroes of the Storm.

For a time, the gladiator Valeera Sanguinar served dutifully as one of Varian Wrynn's personal bodyguards. Now, her shadowy skills find her a natural fit within the secretive rogue order, the Uncrowned, in their fight against the Legion.