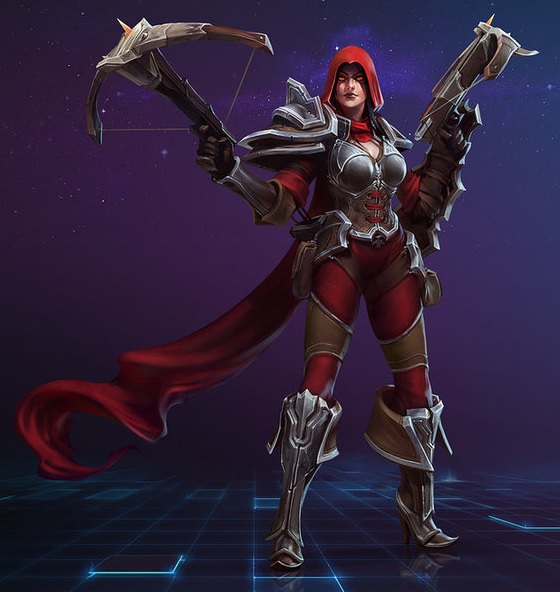 Valla, the Demon Hunter, is a Ranged Assassin class hero in Heroes of the Storm. She resembles the female Demon Hunter from Diablo III (though she remained unnamed during the events of Diablo III). She normally costs 2.000 Gold, however, players who have pre-ordered Diablo III: Reaper of Souls will get Valla for free.

Valla witnessed the ferocity of hellspawn firsthand as the demons ravaged her village and left her for dead. Now, with no people to call her own, her only allegiance is to her cause: to rid Sanctuary of the demonic filth corrupting its lands. She also likes long walks on the beach, puppies, and crossbows.