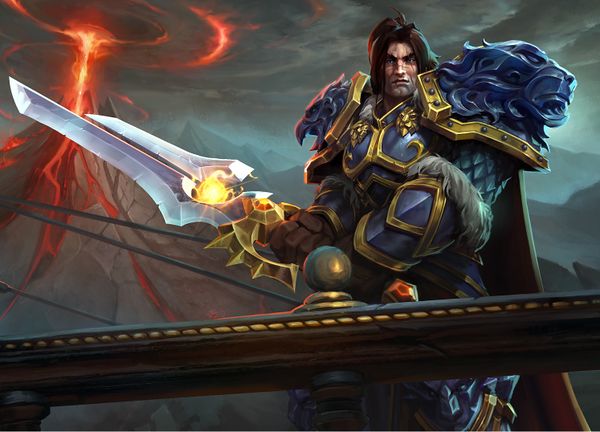 The gladiator king of Stormwind City, Varian Wrynn, has lived many lives. His anger shook the orcish hordes; his devotion preserved a nation. By wielding the sword Shalamayne two-handed, split into twin blades, or with a shield, Varian shifts his combat tactics: charging into melee with multiple opponents, enduring punishment or dueling one-on-one. Whether King Wrynn or Lo’Gosh the Ghost Wolf stands on the battlefield, the prowess of the man remains the same.