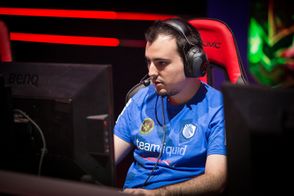 Juan "VortiX" Moreno Durán is a competitive Heroes of the Storm player from Spain. He was active in Warcraft III and Starcraft II before switching to Heroes, and he is the younger brother of LucifroN, another Spanish progamer. Lastly he played on Bushido eSports, a team created by his brother "Ryo" in 2017.

Playing WarCraft III as Undead and despite being very young, VortiX managed to qualify for ESWC 2010 world finals and Blizzcon European Regional Finals 2009. In StarCraft II, he was considered one of the best non-Korean Zerg players. He won offline tournaments such as Thor Open 2012 in Sweden and made very good performances in the WCS Europe Premier League, reaching consistently the final stages in every season. He also won several online tournaments.

He switched from StarCraft II to Heroes of the Storm on August 2014, during the Alpha phase of the game and went on to form team El NeXo, which would later be acquired by Team Liquid, team for which he competed for almost a year. In this period, Team Liquid obtained several podiums, most notably they won three Dreamhack championships and finished second in another one, and they won the WCA europe.

In 13th January 2016, Despite being one of the most notable players in the European scene and being an important part of one of the best teams he decided to quit Heroes of the Storm citing lack of interest for the game and went back to play Starcraft II for Team Liquid.[1]