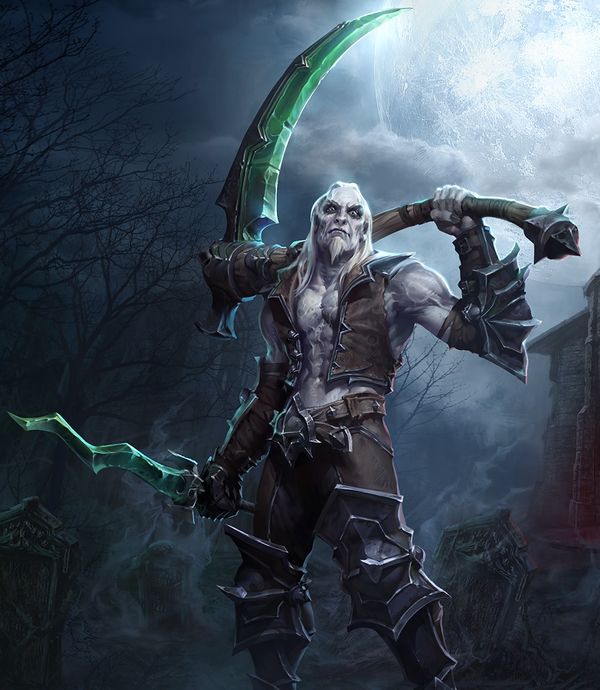 Xul, the Cryptic Necromancer, is Melee Specialist class hero in Heroes of the Storm. He is the Necromancer from Diablo II.

From the recesses of the eastern jungles comes a man cloaked in mystery. As a member of the secretive Priests of Rathma, or the Necromancers, Xul fights to preserve the delicate balance between order and chaos. Using powerful death magic, Xul will sap the strength of his enemies, block their escape, and direct his spectral scythe with lethal accuracy. Those who fall before the Necromancer find no peace even in death, rising again as skeletal servants bound to do their master’s bidding.