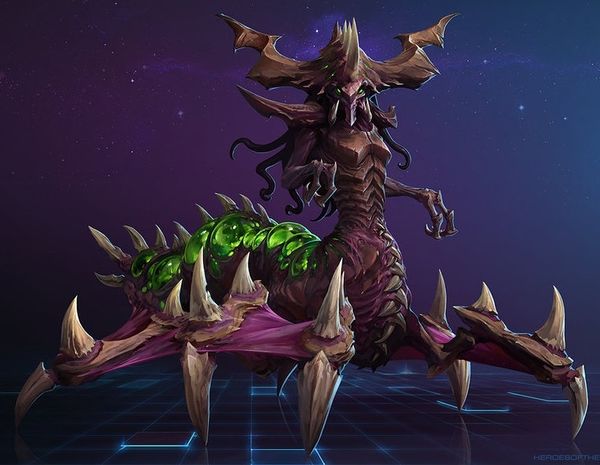 Zagara, the Broodmother of the Swarm, is a Ranged Specialist class hero in Heroes of the Storm. She is a Zerg Broodmother in service of Kerrigan, and first appeared in StarCraft II: Heart of the Storm.

If Kerrigan is the Queen of the Zerg, then Zagara is the mother of the brood. Cunning and tenacious, she commands her vicious minions on the field of battle. Encounter her brood and beware: mess with her children and you answer to mama.