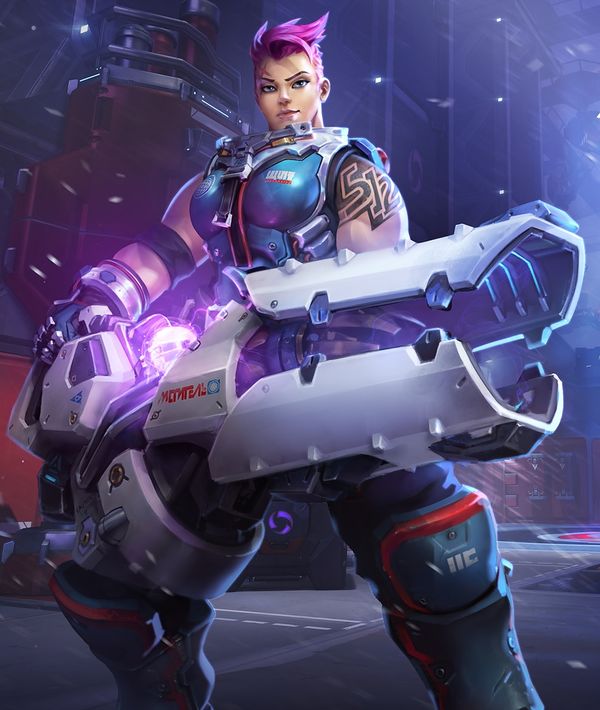 Zarya (real name Aleksandra Zaryanova), the Defender of Russia, is a Ranged Warrior class hero in Heroes of the Storm. She was announced as the second Overwatch character in Heroes ahead of GamesCom 2016 (following Tracer, who was released in April).

Aleksandra Zaryanova is one of the world's strongest women and was a promising athlete, but all that changed when the Siberian omnium reawakened. As a soldier in the Russian Defense Force, she now proudly uses her strength to protect the ones she loves.