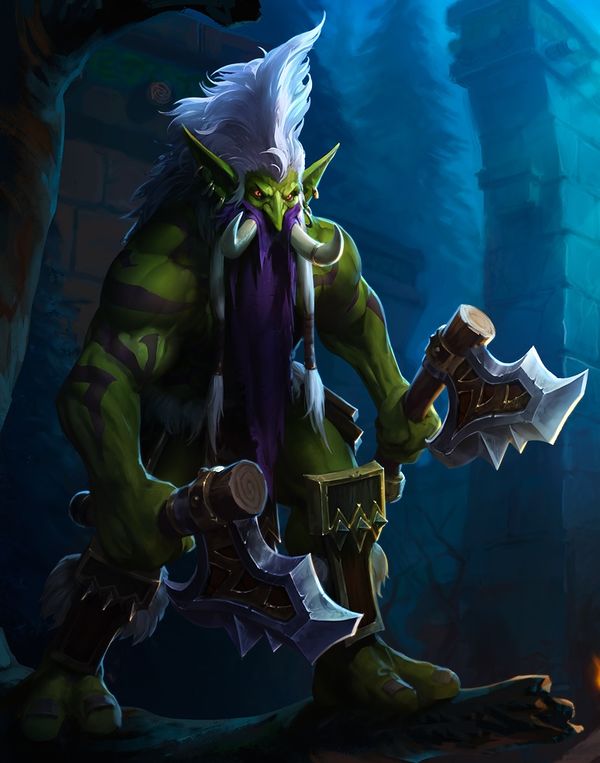 Zul'jin, Warlord of the Amani, is a Ranged Assassin class hero in Heroes of the Storm.

Before the elves and their Alliance, the forests of Lordaeron belonged to the trolls of the Amani empire. As their warlord, Zul'jin has united the tribes into an army that stands ready to take back what is theirs and to slay the elves who stole it from them.