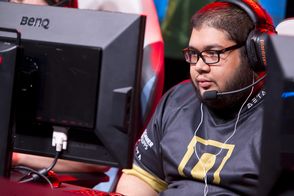 Zuna got his start in League of Legends as the AD Carry (though he has played in other roles at professional level, contributing to Tempo Storm deploying him as a flex player) for XDG Gaming (formerly Vulcun) and played in the LoL Season 3 World Championships. After XDG was unable to hold on to their LCS berth and dropped down to the North American Challenger Series, he made the transition to Heroes, playing with Cloud 9 at BlizzCon before joining Tempo Storm.