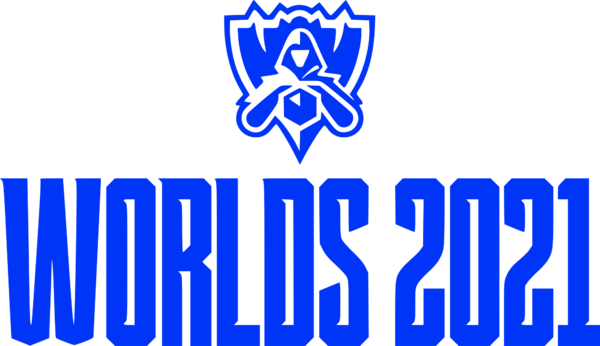 The 2021 World Championship is the crowning event of League of Legends esports for the year. The tournament welcomes 24 teams from all regions of the game in a months-long race for the Summoner's Cup.

This year's World Championship was planned to be held in China, with various stages being held in Shanghai, Qingdao, Wuhan, Chengdu, and Shenzhen--who would have also hosed the finals. China would have been a back-to-back host for Worlds due to the COVID-19 pandemic disallowing spectators from 2020's event. They have also previously hosted it in 2017. North America's Worlds event has been pushed to 2022. The starting prize pool for the tournament is $2.225 million, which is expected to grow with in-game item sales.

Due to the changing COVID-19 situation and epidemic control policies in China, the LoL Esports team announced on August 24th that the event has been moved to an as of yet unannounced location in Europe.[1]

On September 9th, the LoL Esports team reveals that the 2021 World Championship will take place in Reykjavík, Iceland.[2]

Note: Unfortunately, due to travel restrictions, the two teams from the VCS will still not be able to attend this year's Worlds.[2]

The Worlds Draw Show was held on September 22, 2021 - 12:00 GMT to place teams into groups for the Play-In Stage and the Group Stage of the 2021 World Championship.

Bean was moved to the starting position after

Upset had to return home due to an urgent family matter.[4]

1 Rogue was promoted to the group stage, as the VCS teams were unable to attend.

LeeSA cannot attend due to visa issues during COVID-19 pandemic. [6]

Lived was loaned from Chiefs Esports Club as a substitute. [8]

1 The two VCS representatives were not selected due to COVID-19 regulations in Vietnam and a lengthy delay of the VCS 2021 Summer season.

Khan announced the possibility of retirement after the 2021 season, which means this might be his last tournament. [10] He will be playing with DAMWON Gaming as one of the tournament favourites, but the player he replaced, FunPlus Phoenix's Nuguri, could just be one of the strong competitors trying to deny this chance. With a title win, Khan would potentially end his career on a high with his first ever international title.

From NA Academy to representing the LCO at Worlds[edit]

Babip and Tally qualified for Worlds on PEACE, the Oceanic entry for 2021. Following the announcement of the disbandment of the LCO in 2020, both players moved to North America to continue their careers. Babip joined TSM Academy, placing just 5-6th at the Proving Grounds Tournament, while Tally joined Golden Guardians Academy, not making it further than 7-8th. With a return to Australia for the summer season, the two put any doubts to bed with PEACE's incredible run through the LCO Lower Bracket to secure the title.

Vizicsacsi retired in 2019 after finishing top 8 at Worlds 2019 with Splyce. After 1,5 years of inactivity, he returned, competing in the Magyar Esports Kupa 2021. From here on, he announced that he was interested in competing again, and even coached MAD Lions for a brief period of time. On September 22nd, Vizicsacsi was announced as stand-in for Oceanic team PEACE, replacing Apii who is unable to attend the event. This means a return to competition at the event he ended in 2019, where he could potentially prove himself for LEC teams ahead of 2022. [7]

At Worlds 2020, MAD Lions and Rogue performed below the expectations of many. MAD Lions became the first European team to be eliminated from the play-ins tournament, after losing 2-3 against SuperMassive Esports, while Rogue placed 13-16th, winning just a single game in their group with DAMWON Gaming, JD Gaming and PSG Talon. Both teams are looking to redeem themselves, but it could be hard as Rogue has been placed in the group of the 2019 and 2020 world champions FunPlus Phoenix and DAMWON Gaming.