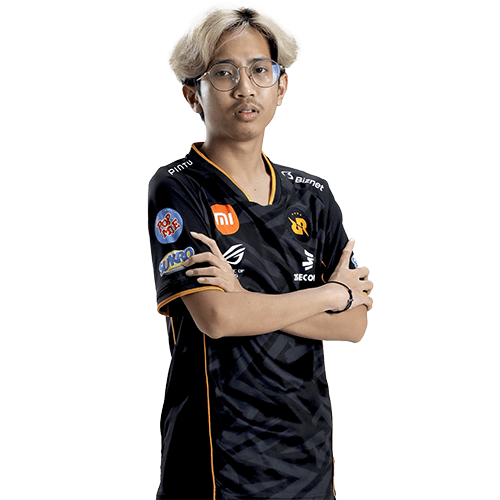 Deden "Clayyy" Nurhasan (born April 2, 2003) is an Indonesian player who is currently playing as a Mid Laner for RRQ Hoshi.

But in MPL Indonesia Season 7, Genflix Aerowolf surprisingly defeated RRQ Hoshi in the play-in round, bringing the defending champion home. After defeating RRQ Hoshi they were defeated by EVOS Legends in the Upper Bracket round. In the Lower Bracket they beat ONIC Esports, the Top 1 Team in the Regular Season. They were once again defeated by EVOS Legends and had to finish Third Place.