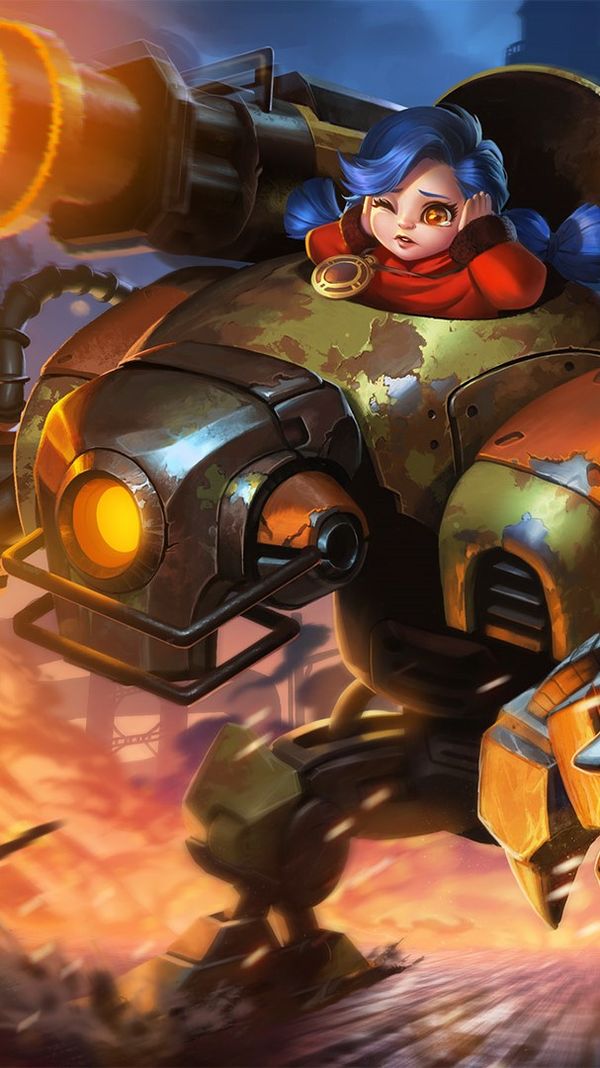 This intelligent robot developed by Henry and his wife is armed with weapons and strong defensive capabilities, and can also act as a housekeeper. It is responsible for protecting the couple's daughter little Ailee after their disappearance.

Ability
Passive
Affects
Self
Innate: Each time Jawhead deals damage to a target, Jawhead inflicts a stack of Compression for 3 seconds that can stack up to 10 times.

Use Again: Jawhead throws his nearest target to a designated location, dealing 300 / 340 / 380 / 420 / 460 / 500 (+80% Total Physical Attack) Physical Damage and stunning the thrown target and enemies in the landing area for 0.5 second. Meanwhile, Jawhead loses the movement speed boost after throwing.