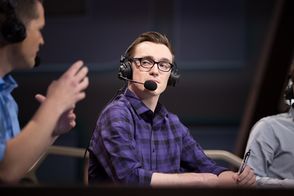 Bren started his casting career by commentating over his competitive Team Fortress 2 team's scrims back in March 2016 and later picked up by teamfortress.tv. In just a few months he then went on to cast the Grand Finals of every major Team Fortress 2 tournament at LAN and has since been branching out into different games such as Counter Strike: Global Offensive, Dota 2 and finally Overwatch.

Since 2nd of February 2017, he has decided to defer his University education for one year in order to fully pursue casting as a career.