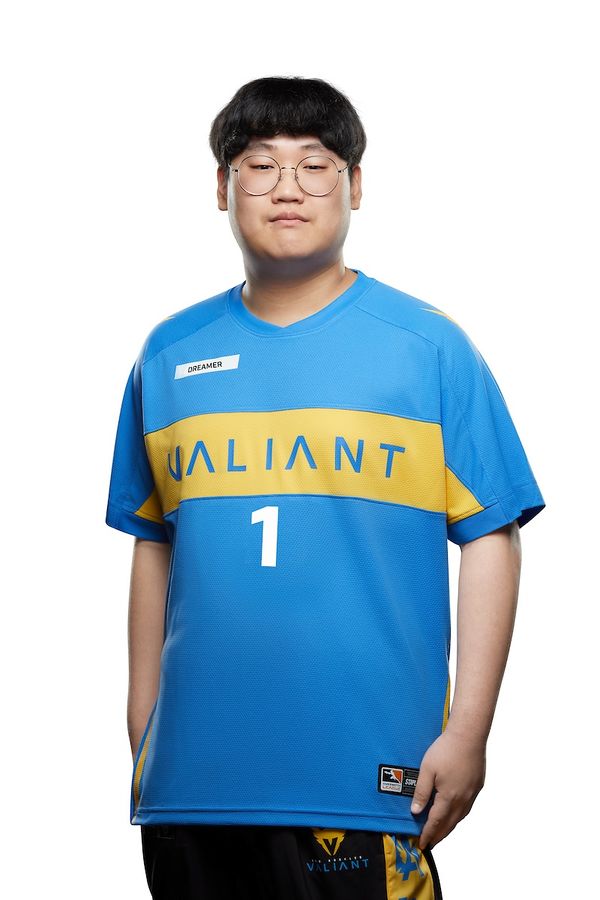 Sanglok "Dreamer" Song is a South Korea Overwatch player who lived in Thailand. He currently plays for DarkMode NA, and is known for his intelligent and decisive Reinhardt play.

Dreamer began playing Overwatch in the early days of the game, and mostly queued solo. He chose to play main tank because it allowed him to carry games, which fit in with his solo queue playstyle. Dreamer started his professional career by joining Xavier Esports in 2018. He had originally gone to Thailand, Xavier Esports' location, after his mother had suggested he should go. He ended up learning Thai and playing well with the members of Xavier until 2019, when he returned home to South Korea. His exemplary performance with Xavier attracted the attention of Australian Contenders team, Sydney Drop Bears, and in June he was signed to the organization. He played for them until October of that year, during which he attracted the attention of the Los Angeles Valiant's coaching staff. At the end of October, Dreamer joined the Overwatch League under the remade roster of the Valiant. Many considered the decision to pick up Dreamer to be a mistake, as he played in what many consider to be a weak part of the Overwatch competitive scene, however, Dreamer proved them wrong. During his more than a year tenure with the Valiant, Dreamer constantly made large plays with his signature Winston and Reinhardt, clutching up several fights and games. One notable game Dreamer played was against the Florida Mayhem. On last point, Ilios, Dreamer was able to secure two kills in order to win the series by strategically jumping into the enemy backline as Winston. During the offseason, Dreamer, along with the rest of the roster as well as staff and coaching, were unfortunately released by the Los Angeles Valiant due to "...COVID-related visa issues..." in January.