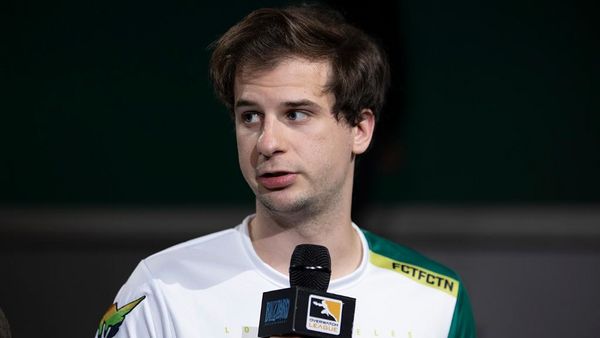 On July 18th, 2016, FCTFCTN forms the team Ohno with some of his friends from competitive matchmaking. Ohno's first action as a team would be to try to qualify for the 2016 ESL Overwatch Atlantic Showdown - Gamescom. Their first attempt to qualify would be through the 2016 ESL Overwatch Atlantic Showdown - Gamescom NA Qualifier #3. On their first match of the Qualifiers, they played against the somewhat newly formed FaZe Clan team. They would beat FaZe in a 2-1 game, and move on to sweep SR1 in a 2-0 game. However, they lost to Colorado Clutch 3-0 on their bracket final, ultimately losing in the qualifiers.

They would be back, however, as they proceeded to participate in the fourth Qualifier of the ESL Atlantic Showdown. This time, Ohno dominated their bracket, beating teams Looking For Org, 20bOink, and Kids Next Door all in a clean sweep. They would move on to the Main Qualifier for the 2016 ESL Overwatch Atlantic Showdown. During the Main Qualifier, They beat Northern Gaming Red in a close 3-2 game, but lost to Team SoloMid in the Quarterfinals. In the Loser's Bracket, they would win against Sodipop 3-1 and Method 3-0, but would lose to Fnatic 3-0, failing to qualify to the ESL Overwatch Atlantic Showdown.

The team also tried to qualify for the Overwatch Open: North America Regional. On July 30th, 2016, Ohno played in the Overwatch Open: North America Regional - Qualifier 2, which consisted of 163 teams fighting for the top 4 spots. They would win their Round of 32 match against TILT in a 2-0 match, but would lose to Luminosity Gaming 2-0 in the next round. They would be back for more however, as they continued to play in the Third Qualifier of the Overwatch Open. Once again, they lost in the second round, this time to Sodipop in a 2-0 game. This would be the last event that Ohno plays in, as the team would later disband after the departure of Rawkus and FCTFCTN.

On August 20th, 2016, FaZe Clan picks up Rawkus and FCTFCTN from the Ohno roster. [1] FCTFCTN played his first event with FaZe Clan in the ESL King of the Hill #3, playing against teams Method and compLexity Gaming. They would beat Method 3-1 in the semifinals, and then proceed to beat compLexity Gaming in a close 3-2 game. From the start, FaZe Clan showed to be a force to be reckoned with, beating the up and coming compLexity Gaming and showing their dominance. They would then play in the Overwatch Open: Europe Regional which FaZe Clan had already qualified in through Qualification Points. They played their first match against RoX, which they won with a 2-0 landslide. They would beat Rogue next in a tight 2-1 game, which put them on top of their group with a 2-0 record. They would move on to the Overwatch Open.

Their first match of the Overwatch Open would be in the group stages, playing against Team Dignitas. They would lose in a tight 2-1 game, putting them at the bottom two of their group stages. Their next game would be against REUNITED, which would also be a close 2-1 game. However, this time FaZe Clan came out to be the winner. To decide who qualifies for the playoffs, they would play their last group stage game against, once again, Team Dignitas, who came back after a 2-1 loss to Ninjas in Pyjamas. Surprisingly, FaZe Clan ended up sweeping them in a 2-0 game, and would move on to the playoffs. Their first match in the playoffs would be against Rogue. They would win their first two games against Rogue, and only needed one more win to move on to the Finals. However, Rogue would make a drastic comeback, forcing a match 5 and eventually winning against FaZe in a 3-2 reverse sweep. FaZe would have a bitter end to their powerful run through the Overwatch Open, but showed everyone that they could compete with the top teams of Overwatch while holding their ground.

On December 18th, 2016, FaZe Clan played in the MLG Vegas 2016 Tournament through an invitation. This tournament consisted of 8 top tier Western Overwatch teams, such as Team EnVyUs, Fnatic, and NRG Esports. FaZe Clan would play their first group stage game against Team Liquid. Although it was closer than expected, FaZe Clan would eventually come out on top after a 2-1 game. They would play their next game against Cloud9. The first match of the game would be a very intense King's Row game, with Cloud9 winning in a close 5-4 match. However, FaZe Clan would shut down Cloud9 on the next two matches, winning Nepal and Dorado both 3-0. They would win the game 3-0 against Cloud9 and lock first place for their group stage, moving on to the playoffs. Their first playoff game would be against Fnatic in the Semifinals. It would be a very intense back and forth game which would go on for a match 5 tiebreaker. In the end, FaZe Clan would come out on top 3-2. They would move on to the finals to play against Team EnVyUs, who were 11-1 in matches the whole tournament. Unsurprisingly, they would lose against EnVyUs in a 4-0 landslide. Despite the loss, MLG Vegas showed the world that FaZe Clan was one of the best teams in North America, thrashing top tier teams such as Cloud9 and Team Liquid.

On June 3rd, 2017, FaZe Clan would participate in the First Qualifier for Overwatch Contenders 2017: Season Zero, which consisted of hundreds of teams that were hoping to start their path to the Overwatch League. FaZe Clan would go on to beat teams such as Team Liquid, You Guys get Paid?, FNRGFE, and Luminosity Gaming Evil to come out first place out of 325 teams. They would get a direct Qualification to the Overwatch Contenders: Season Zero for North America. In Contenders Season Zero, FaZe would come out of group stages with a 2-3-1 record, achieving second place in their group and clinching a playoff spot for Contenders. In the first round of playoffs, they would play against a newly reformed Immortals and lose in a devastating 3-0 game. They would go on to play against Luminosity Gaming Evil, and would win 3-0 to be placed in the 5th-6th placement, receiving an automatic qualification to Overwatch Contenders 2017: Season Zero.

A month would go by without any activity from FaZe Clan's Overwatch team. That would be until August 18th, 2017, when the team would participate in the First Season of Overwatch Contenders 2017. In the regular season of the Contenders, FaZe Clan would surprise the fans and viewers, beating every single participating team in the tournament besides Team EnVyUs, ending their regular season with a 6-1 record and moving on to the playoffs. Their first playoff game would be against Envision eSports, where they would beat them in a 3-1 game. In the finals, they would play against Team EnVyUs, who plowed through the whole tournament in almost a landslide in every game they played. FaZe Clan would lose in a brutal 4-0 game, receiving second place. Still, the team showed that their players were some of the best in the West, showing some of the biggest performances in the NA Scene.

Between October 2017 and November 2017, the FaZe Clan team would fall apart after many of the players were signed to Overwatch League teams, including coach NamedHwi. On November 3rd, 2017, FCTFCTN confirms that he would not be picked up by an Overwatch League team for the start of Season 1, being the only player from the FaZe Squad to not be picked up by a team. [2] Although the exact reasons on why FCTFCTN wasn't picked up are unknown, many fans speculated that it was because he was (debatably) the weakest link of the FaZe roster.

The Frenchman and the Henchmen (December 2017)[edit]

On December 15th, 2017, the Overwatch Heroes Rumble: 2017 took place, consisting of 4 OPC teams and 4 NA/EU teams. A few days before the tournament, unofficial team The Frenchman and the Henchmen's roster was revealed through the over.gg site. The team consisted of many top tier players that weren't picked up by an Overwatch League team at the time, including FCTFCTN. The team wouldn't make it far through the tournament however, being eliminated after their first tournament match against Hong Kong Attitude in a 3-1 game. Although the team participated in some Showmatch games, FCTFCTN was not included in them. This would be the only tournament that The Frenchman and the Henchman play in, as the team was made purely for the Overwatch Heroes Rumble tournament.

On February 16th, 2018, about a week after Stage 1 of the Overwatch League, the Houston Outlaws announce through their Twitter that they would sign FCTFCTN onto their roster.[3] While Muma started during majority of the games at first, FCTFCTN would slowly start to be integrated into the roster and games. FCTFCTN would show to help Houston Outlaws with their dive problem, proving to be an efficient Winston when leading the team to dive. In later stages, however, FCTFCTN would see less and less playtime, and Muma would eventually play for the majority of the main roster as Main Tank. On September 2nd, 2018, Houston Outlaws announce that they have cut FCTFCTN from their roster.[3]