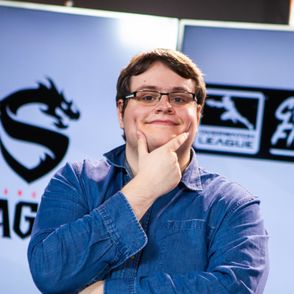 Antoine "HammerKick" Bournier is a French Overwatch caster for the Overwatch League and for CastersNest, a commentator team.
He founded the group with DDaFox and used to oversee its daily operations.

Before his OWL days, HammerKick has casted several french & european tournaments, notably the Overwatch Contenders 2019 Season 1: Europe.
Antoine is also well-known as an important contributor to the global Overwatch community, taking part in actions such as the Community Path to Pro Twitter, AvecLe6 or Frenchimari, but also providing his own content through his medium and sometimes Reddit.