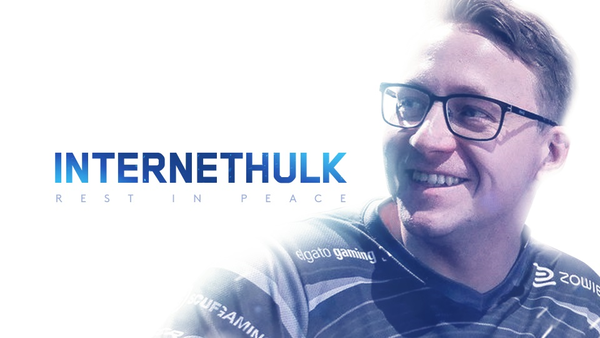 To many of us, Dennis ‘INTERNETHULK’ Hawelka was a friend, a brother, a teammate, an opponent, a leader, a teacher, and a legend in the esports scene.
His passing this past week has cast a shadow across one of the most important eras in our scene. Dennis leaves behind a storied legacy in the scene. He was the mastermind behind Team IDDQD/EnVyUs, the most successful team in Western Overwatch. He made esports history by captaining the first western team to win an esports tournament in Korea. He would retire as one of the statistically most successful players and a two-time Major champion.
After his departure from his role as a player, he set his sights on coaching. He will always be remembered as a gifted leader and brilliant tactician. His efforts lead Team Liquid to a 2nd place finish in Overwatch Contenders Season Zero: North America. The reveal of his future role in the Team Liquid League of Legends team leaves a bittersweet taste in our mouths. His lasting influence in esports will never be forgotten.
In honor of his contribution to the community, we are organizing a charity tournament in his honor to help support his family in their time of need. All contributions will ensure that their needs to taken care of and the process continues as smooth as possible. We are in talks with his father and he agreed to only take the money for himself if it's really necessary, otherwise, it will go to a charity of their choice. [1]

You can use #HulkTastic on Twitter to talk about the tournament.

This tournament is a charity event in his honor to help support his family in their time of need. All contributions will ensure that their needs to taken care of and the process continues as smooth as possible. You can donate here.

A team has no name
W

A team has no name
0