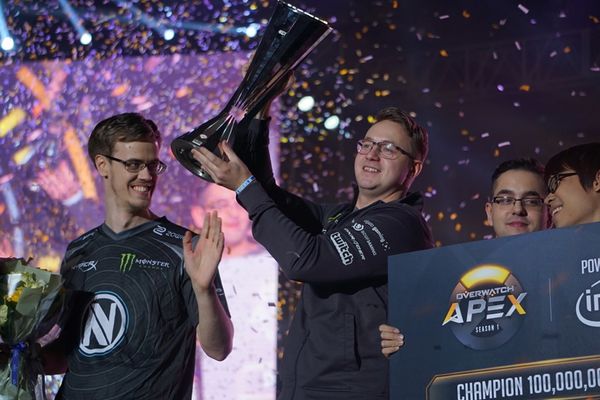 INTERNETHULK (or Hulk) was a key part and founder of the IDDQD core that was dominant in the early stages of Professional Overwatch. They were later signed to Team EnVyUs[1], and continued their dominating performance. He would go on to win APEX Season 1 and MLG Vegas 2016 with the team in late 2016.

After APEX Season 2, INTERNETHULK's contract with EnVyUs ran out, and he decided not to resign with them.[2] From there, he chose to pursue a Coaching career, becoming one of the few player coaches in Overwatch's young life. His first Coaching job was coaching his former rivals Rogue during APEX Season 3, where they lost in groups to the eventual 1st and 2nd place teams.[3]

On November 8th 2017, Team Liquid announced that Dennis had passed away.[4] Subsequently, pros and prominent casters organized the HulkTastic Cup in his honor and memory, which raised money to pay for any costs the Hawelka Family might incur as a result of Dennis' death, with any leftover money going to a children's charity.

On November 15th 2017, Blizzard announced The Dennis Hawelka Award, to be awarded to the player that had the most positive impact on the community. The award is handed out at the end of each Overwatch League season.[5] The first Dennis Hawelka award was awarded to Dennis' former teammate, Pongphop "Mickie" Rattanasangchod.