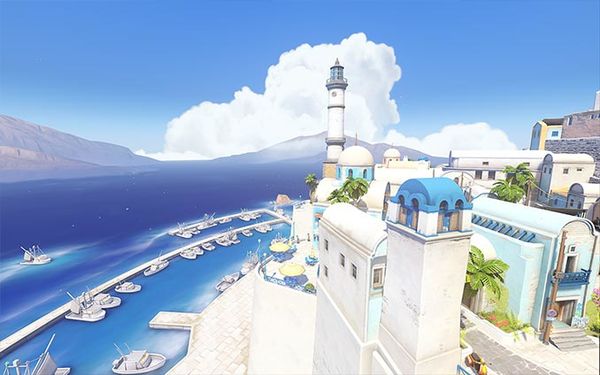 Ilios is a Control map in Overwatch.

Ilios is displayed as an idyllic, Mediterranean setting, featuring two small towns and one ancient ruin, all in sunny weather with an ocean view.

An ancient ruin, with many visual obstructions. The control point is located in a lowered digging site.

Another small town, again featuring many small buildings with pathways. The control point is located in a larger open area featuring a deadly pit in its center.