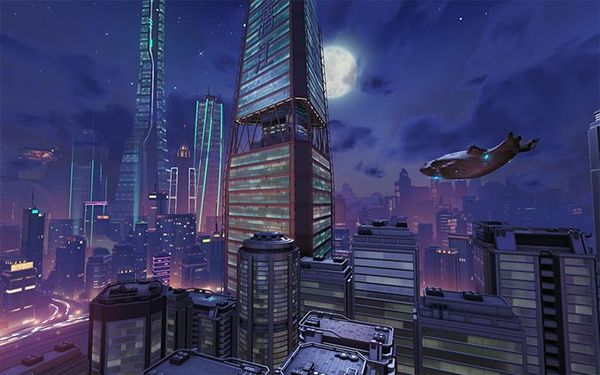 Lijiang Tower is a Control map in Overwatch.

Lijiang Tower is presented as a mixture of a futuristic city while also featuring buildings of classic Chinese architecture. All stages are relatively dark as they are played at night.

The Control Tower is set on a high up floor of a futuristic skyscraper. The control point is located in a large and tall room, with vision only obstructed by a couple of low dividing walls and a thick pole in the middle.

Gardens features mostly open areas, with the control point located in a small building on an island. The island is accessible by 3 bridges and is surrounded by a deadly moat.

The Night Market's control point is located in a large building, located in a peninsular fashion, surrounded by a cliff, and accessible either by a large front door or via backdoor way from either sides. This stage has a tendency to have the vast majority of the fighting take place on the control point itself.