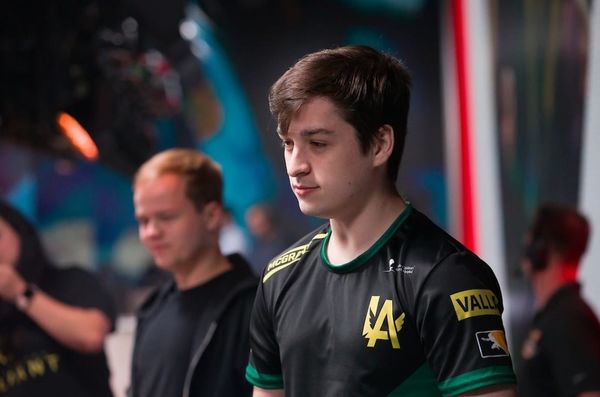 Caleb "McGravy" McGarvey is an American Off-Tank player who recently played for Revival and the Los Angeles Valiant. He recently coached for DarkMode NA.

Caleb McGarvey was born on February 11th, 1997 in Springfield, Illinois. At the age of 13, McGarvey would play an extensive amount of Call Of Duty and Halo 3 on the Xbox. It wouldn't be until the age of 16 when McGravy would build his first PC. The first game he played on his new PC would be Counter Strike: Global Offensive, but he would later quit the game to play Overwatch. Outside of gaming, he was known to be an athletic kid and would support the Minnesota Vikings in the NFL.

McGravy's first team would be Frame One, an amateur team that didn't have any success at the time. Not much about the team is known, besides their entrance in the DreamHack 2016 Winter Qualifier and Carbon Masters Open Qualifier, although it isn’t known if McGravy ever played in either events. On some unknown date during 2016, he would leave Frame One and would join KATT5 on November 24th, an independant NA team formed mostly with Top 500 Season 1 players. The only recorded game that McGravy would play with KATT5 was the Haste Overawatch: Qualifier #2. They would beat amateur teams Lonely Hearts Club and Sin Eaters, and would go on to beat Ronin in the Quarterfinals. They would lose to Method in the semifinals, but would their 3rd place match against Nameless. They won 60 dollars from the tournament, but would not qualify for the Haste Overwatch Tournament. The team would later disband in January.

On January 2017, former KATT5 players Zergling, Kophee, Darksma, and McGravy would be signed by the organization EnVision eSports. McGravy’s first recorded victory with the team would be on Janurary 16th, 2017, at the Academy Gaming Overwatch Weekly #34. EnVision would win against amateur teams Heroic, Zenith, BowlCut Esports, and keyboard Warriors all in a perfect sweep to win the tournament. EnVision would also participate in the Overwatch Pit Championship - NA Season 1 Open Qualifier, where they would beat East Wind in the Round of 16, but would lose to Selfless Gaming in the Round of 8, missing the qualifications by one game. On June 3rd, 2017, EnVision eSports would participate in the First Qualifiers for the Overwatch Contenders 2017 Season Zero: NA. They would lose in the round of 16, however, to Luminosity Gaming Evil, missing the qualifications by one game. They would participate again, however, in the Second Qualifiers for the Overwatch Contenders 2017 Season Zero: NA. This time, they would win against HYPERLUL and NRG Esports before losing to Hammers Esports in the Quarterfinals. They would qualify for the Overwatch Contenders 2017 Season Zero: NA. During the Contenders, EnVision would win their group stages alongside Luminosity Gaming Evil, beating teams Toronto Esports and you guys get paid?.They would lose in the first round of Contenders, however, to Team Liquid.

EnVision would return to Contenders, participating in the First Season of Overwatch Contenders 2017: NA. It was during this tournament where EnVision would show to many fans that they were a dominant force, beating teams Rogue, Renegades, Kungarna, and Immortals. They would qualify for the playoffs, but would lose in the semifinals to FaZe Clan.

On February 2nd, 2018, EnVision eSports were invited to played in the Beat Invitational: Season 3. They would beat teams Kungarna and Chicken Ranch Pizza, but would lose to Fusion University in the Winner’s Finals. In the Loser’s Finals, EnVision would 3-0 No Clout, and would go on to play against Fusion University a second time. They would lose in a tight 4-3 game, losing the final map 3-2 on Route 66.

Once again, EnVision would participate in another season of Contenders, this time the First Season of Overwatch Contenders 2018: NA. EnVision would win against Bye Week, Simplicity, and OpTic Academy, but would lose against NRG Esports and Fusion University, both in close 3-2 games. This would place EnVision at second in their group stages, and they would move on to the playoffs. In the playoffs, they would win against XL2 Academy, but would lose against Toronto Esports in a 3-1 match.

McGravy’s last tournament under the team name EnVision eSports would be the Overwatch PIT Championship NA: Season 3. They would beat Karasuno in the Quarterfinals, but would lose to Last Night’s Leftovers in a 3-2 match. In the Loser’s Bracket, they would lose their first game to Fusion University in a 3-1 game, ending their tournament run with a 5th-6th finish.

On July 2nd, 2018, Team Envy announces that they have acquired a Contenders spot, as well as the EnVision eSports roster and Talespin. [2] McGravy, with Team Envy, would play in the Overwatch Contenders 2018 Season 2: NA. There, Team Envy would go 4-1 in the group stages, beating teams NRG Esports, Toronto Esports, Bye Week, and Skyfoxes, and losing only to XL2 Academy. In the playoffs, they would win against Last Night’s Leftovers in the Quarterfinals, but would lose to Fusion University in the Semifinals, ending their Contenders run with a 3rd-4th finish. Although the team showed promise the NA Contenders scene, iShiny would announce on September 12nd, 2018, that he would leave the team and be a free agent. [3] A sixth player is not yet announced for Team Envy.

In 2019 McGravy was signed to the Florida Mayhem.[4] McGravy would immediately find himself on the Off-Tank rotation, sharing playing time with XepheR and occasionally Sayaplayer. Despite showing exceptional off-tank play on his signature D.Va, McGravy would go 0-4 on the games he had played, and the Florida Mayhem would finish their stage 1 with a 1-6 record, placing second to last.

On April 4th, 2019, Florida Mayhem would announce that they would become an all-Korean team, and would release all of their non-korean players for better communication among players. [5] McGravy would later be traded to Los Angeles Valiant alongside Shax and FCTFCTN. During Season 3, McGravy made more than a few huge plays that carried his team to victory, such as a gigantic six kill Self Destruct as D.Va on Blizzard World against the Dallas Fuel, which was crowned the best D.Va play of Season 3 by the Overwatch League. After the regular season, McGravy would go on to be selected for and play in the All Stars tournament for Team D.Va. He would also receive the prestigious Dennis Hawelka Award for his strong postitive impact that he had upon his team that season.

After a more than successful showing with the Valiant, McGravy was released from the organization in October, 2020. He joined Revival the following month, but his tenure would end up being cut short as he retired in February. He is currently looking for a team to represent as a coach or streamer.