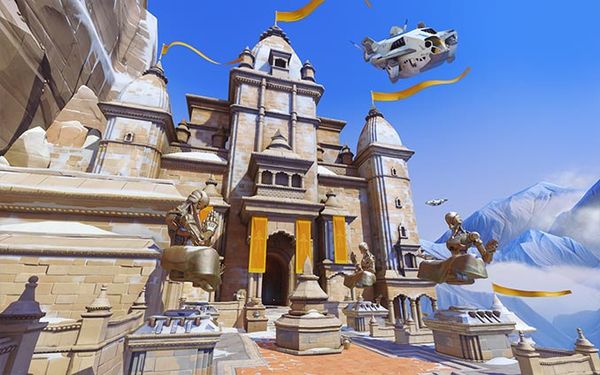 Nepal is a Control map in Overwatch.

Nepal's stages are presented as two towns and a monastery, on a high-altitude mountain face, with sunny weather and most of the outside covered in snow.

Another village. The control point is in a medium sized building in the center of the village, and can be accessed through 2 wide doors on either side.