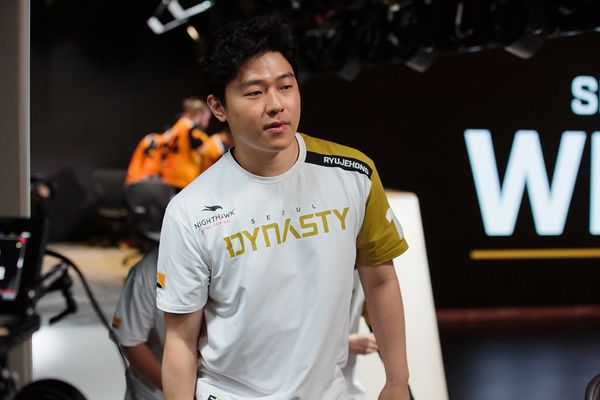 He is widely known for extraordinary playmaking abilities and accuracy, as well as for his wide hero pool. Ryujehong is regarded as one of the best Support players in the professional scene, most famously for his Ana play.
He was also a D.Va and Zarya player when dean and Je-hong were members of Lunatic-Hai. Both players rotated between the roles of Support and Tank (Zarya-D.Va).

Jehong is an ex-member of one of the best amateur CS 1.6 clans, Elysium Cell, where he played under the tag of Ninja. He was later drafted to Lunatic-Hai in 2008, briefly playing for their CS 1.6 squad before to make his transition to Netmarble's first person shooter, SpecialForces 2, as a part of the StX Soul roster. After his victory at the second season of the Special Force 2 Pro League, Ryujehong, along with the rest of the roster, were released. Following the disbanding of the team, he would re-join Lunatic-Hai as the captain of their "Counter Strike Online" roster. After a disappointing second place finish in the GomTV "Challenger" series, Ryujehong would take a hiatus from competitive play to complete his miltary service.[1]