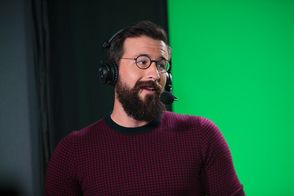 Semmler got his start casting Bloodline Champions and eventually traveled to Sweden to be part of the GD Studio. Following a stint casting StarCraft II, he transitioned into casting CS:GO alongside Anders Blume for Ninjas in Pyjamas' channel, NIPGamingTV, and the two quickly made a name for themselves as the most prominent Counter-Strike casters.

In 2014, he and Anders departed NIP to found Room On Fire, and in 2016, both cast their first Overwatch tournament at the Overwatch Open, which was co-presented by ELEAGUE and FACEIT.

In 2017, it was revealed that Blizzard had hired Semmler ahead of the inaugural Overwatch League season to cast Season 1 in Los Angeles. This meant that Semmler would not attend the 2018 ELEAGUE Major in Atlanta and Boston, which ran concurrently.