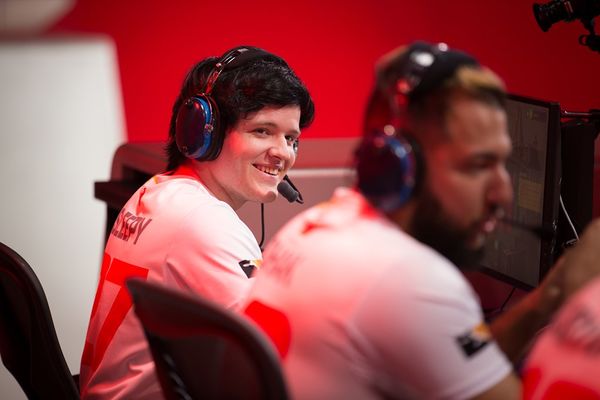 Nikola "sleepy" Andrews is an American Flex Support player who recently played for the Washington Justice in the Overwatch League.

Nikola Andrews was born in Topeka, Kansas on September 16th, 1998. Growing up, he and his brother played many games on Console. He played his first PC game when he was 12, which was Team Fortress 2. While he wanted to play professionally for whatever game he played, he knew he had a chance with Overwatch when he was playing against other professionals on Ladder while holding his ground, sometimes beating them.[1] His dream to be a professional gamer would come true when he was first picked up by Tempo Storm NA in early 2017.

Sometime early 2017, Tempo Storm NA rebrands their Overwatch team after a series of leaving players, picking up played DreamKazper, jkw, wolf, and sleepy. Sleepy played his first game with Tempo Storm NA in the Haste Overwatch tournament. He would beat teams Gale Force eSports and Counter Logic Gaming, but would lose to team Hammers eSports, achieving second place in his first tournament as a professional. While he played in a handful of tournaments after that, Tempo Storm NA would usually lose on the first round of the tournaments, unable to find a medal. Sleepy would not win a gold medal until a month later. On March 16th, 2017, Tempo Storm NA would participate in the Overwatch PIT Championship - North America Season 1 Open Qualifier. They ended up losing in the Quarterfinals to Counter Logic Gaming, and would not qualify for the Overwatch Pit Championship. 3 days later, sleepy announced through his Twitter that he had left the team, and would be a free agent. [2]

On June 23rd, 2017, dummy left NRG eSports. Sleepy ended up trying out for NRG as a flex support to fill in dummy’s spot permanently. By the time Sleepy qualified for the team, NRG eSports announced that they would have a spot in the Overwatch League as the San Francisco Shock. On September 28th, 2017, San Francisco Shock officially announced their roster, and it was revealed that sleepy had made the team. [3]. On April 19th, 2019, he was transferred to the Washington Justice.

Having been offered a starting spot on another team, sleepy was traded to the Washington Justice where his experience brought more consistency to the underwhelming squad. With the Justice, sleepy traveled to Melbourne, Australia, to appear at the Melbourne Esports Open.

Sleepy was officially released from the Washington Justice on October 19, 2019, and did not sign with a team for the third season of the Overwatch League, and has since retired. He currently lives in Las Vegas, Nevada, with his girlfriend Aelita "Seyeumi" Shiomi, where he streams full-time. He has strongly expressed that he does not plan on returning to professional Overwatch.

April 27, 2019: Sleepy Interview: Bringing Everything I’ve Learned to Bear by Brandon Padilla at The Game Haus