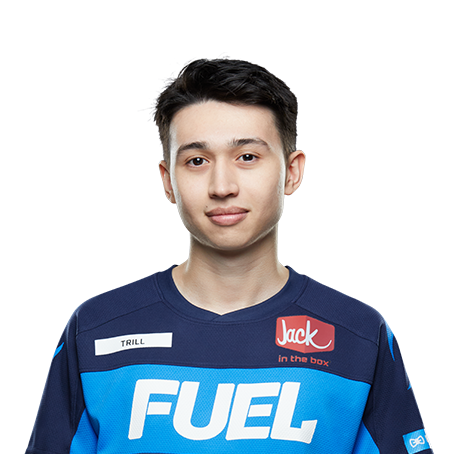 Born in Broome in Western Australia, Trill competed in multiple different Overwatch tournaments with Jam Gaming soon after the game came out. At this time in late 2016, Trill was a DPS player. Once the team needed a main tank player, Trill decided to step up and learn the role as there were not many great main tank players in the Oceanic region.

In 2017, Trill and some other Australian players teamed up to form Fusion Girls, which ended up becoming a top tier Oceanic team. This team was picked up by Blank Esports where they took to the international stage and displayed the best talent the Australian region has. They had top tier performances in the Overwatch Pacific Championship and were widely regarded as the best the Oceanic region has to offer. Come the Overwatch World Cup that same year, the entirety of the Blank Esports roster became the Team Australia 2017 roster and managed to qualify for the Overwatch World Cup 2017 in front of their home crowd in the Overwatch World Cup 2017 Sydney Qualifier. The team would end up losing to Team Canada in the finals, but not before a nail biting reverse sweep by the Canadians. This tournament made Trill’s name a highlight in the Australian roster and many thought that his impressive performance would earn him a spot in the Overwatch League Season 1. However, he was unable to secure a spot and remained with his Blank Esports team.

In 2018, Trill kept competing with Blank Esports and came second in Contenders Pacific Season 1 and 5-8th in Contenders Season 2 Pacific. After this season Trill was chosen once more to play main tank in Team Australia for the Overwatch World Cup 2018. His team qualified for the finals again and were put up against Team South Korea for the Quarter Final of the tournament, ultimately losing 0-3 to the reigning champions. Trill however, had outstanding performances and caught the attention of many players and orgs alike. He was given multiple tryouts for the Overwatch League and North American Contenders. It was very difficult for him to try out, because his ping was extremely high due to him trying out from Australia to American teams. He failed to earn a spot and decided to stick with his Australian teammates and signed to the Sydney Drop Bears for Contenders Season 3 Australia. However, Trill was only with the team for 13 days before getting picked up by Team Envy just before Contenders Season 3 North America. On the 8th of May, 2019, after winning contenders all the way from Broome on 300 ping, he was promoted to the Dallas Fuel roster as a full time player.