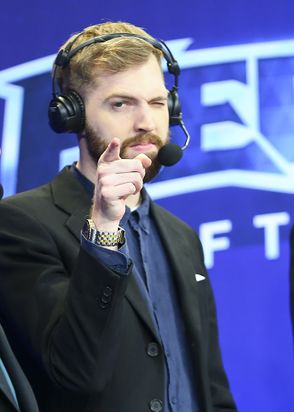 Wolf "Wolf" Schröder is a professional esports Caster who has casted in Korea since 2011, focusing on StarCraft 2 And Heroes of the Storm before Overwatch. Wolf is currently the colour commentator paired with Achilios.

A native of Atlanta, Wolf initially cast SC2 for GOMTV alongside DoA for the GSTL (after initially arriving as a player as well with FXOpen). He then transitioned to OGN and cast Proleague and the StarCraft KeSPA Cup alongside Brendan Valdes during their final years, as well as casting Heroes for OGN.

He got his start as an Overwatch caster on the broadcasts of OGN Apex and Contenders Korea alongside Achilios before being announced to join the OWL broadcast team for Season 2.