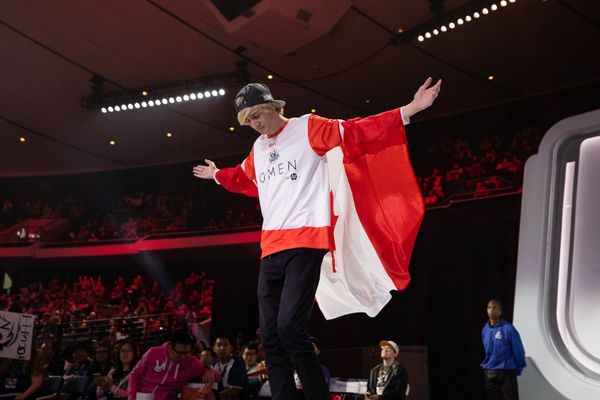 xQc first played on the team Q?, a team that was later picked up by Denial eSports. [3] He won his first tournament 5 months later at Rivalcade Weekly #3 North America. He and Denial eSports would win the next two tournaments that he participated in before the team disbanded on the first of May. Despite the team dropping them, the roster continued to play with each other under the name YIKES!, and later rebranded to Arc 6. His team qualified for Overwatch Contenders 2017: Season Zero, but were eliminated in the group stage, which knocked them out of competition for the rest of 2017 Contenders. Soon after their loss, and with the Overwatch League Season 1 on the horizon, Arc 6 disbanded as the players looked to try out for Overwatch League teams. [4]

Inaugural Season of the Overwatch League[edit]

On October 28th, 2017, the Overwatch League team Dallas Fuel announced through their twitter that the ninth and final member of their team would be xQc. [5]

After the Dallas Fuel lost to the Houston Outlaws during their Stage 1 matchup, xQc made offensive comments towards Outlaws player Muma on his personal stream. For these actions, the Overwatch League suspended xQc for 4 matches and fined him $2,000 on January 20th, 2018. [6] Adding on to his suspension from the Overwatch League, the Dallas Fuel issued a team suspension to xQc for the rest of Stage 1. [7]

On March 9, 2018, xQc was banned for four games due to the use of the emote "TriHard 7" on the official Overwatch League stream, with the statement claiming it was being used in a "racially disparaging manner". [8] Two days later, Dallas Fuel released xQc from the roster so he could focus on streaming. [9]

Purchases made using the retail links on this page may earn Liquipedia a small commission.
Retrieved from "https://liquipedia.net/overwatch/index.php?title=XQc&oldid=724174"
Categories:
Hidden category: