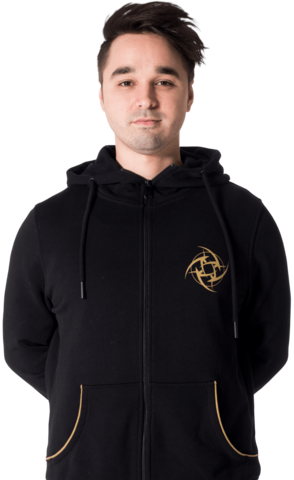 Few spend time in the Paladins esports scene without hearing the name Kevin 'Laizy' Jensen. With his twitch-aiming prowess and fearsome reputation for being one of the most dangerous hard-carry players in the world, Jensen boasts a formidable Champion pool with nearly unmatched diversity.

Growing up, Laizy found himself playing a wide variety of video game genres like RTS, FPS, RPGs, and MOBAs — eventually reaching a semi-competitive level in the latter. As one of the older players the Paladins Premier League, Laizy has stood the test of time in the competitive scene and is widely regarded as one of the best players in the world. Decorated at LAN with an illustrious online record to boot, his favorite Champion is Bomb King -- namely because of his Ultimate ability (which Jensen has developed a reputation for misplaying in the ridiculous ways). This stalwart player's sheer mechanical skill and game awareness often offset his “Laizy ult(s)”, carrying him to new heights as the latest addition to Natus Vincere for the Summer Split.