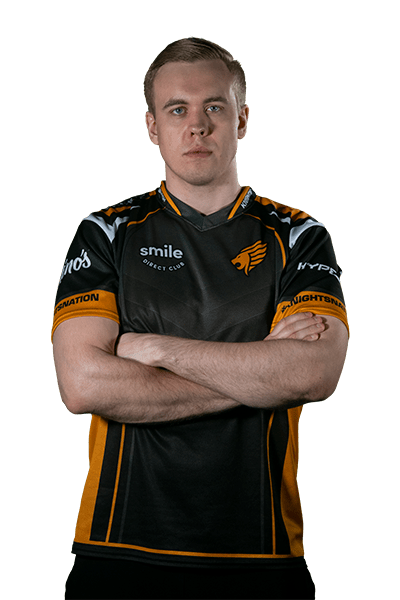 Carl "Draedon" Birgersson became a part of the Knights as one of the first PUBG players on the main roster. Draedon started playing competitively at a young age hitting high leaderboard results in popular games such as top 30 in Heroes of New Earth and Legend rank #2 in Hearthstone. His professional esports life started with ARK: Survival Of The Fittest being one of the top competing ARK: SOTF players in the world. However, after PUBG was released, he decided to make the switch and hasn't looked back as he's proven his skills once he joined the Knights.