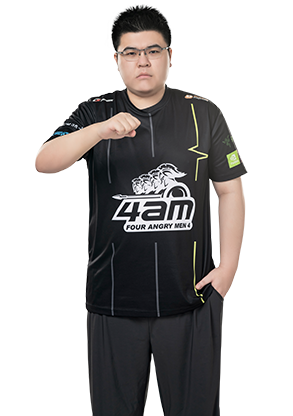 GODV is founder, majority owner and captain of Four Angry Men, and he is the soul character of the team. At first, he was famous for his excellent consciousness and accurate marksmanship. Though his marksmanship have falled off throughout his tenure, he became known for his outstanding grenade skills, which got him the nickname "PUBG Stephen Curry". What's more, he has the largest fan base in China PUBG professionals.