SUPER or Standard and Universal PUBG Esports Ruleset is a PUBG Competitive ruleset created by PUBG Corporation which serves as a Global Ruleset that all PUBG Esports will be governed by. 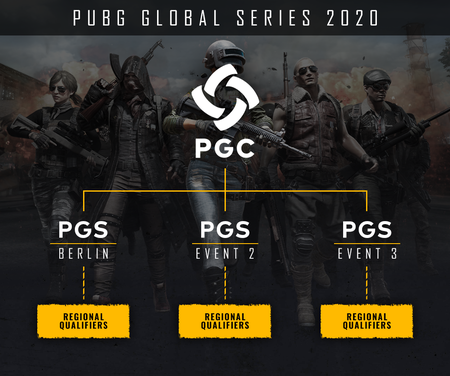 A graphical explanation of the 2020 PUBG Global Series

Growing the PUBG esports ecosystem with additional third-party events could have the biggest impact in 2020. By opening up the number of tournaments available for fans and prospective players to attend, tournament organizers and influencers can present fresh viewing experiences and content that will bring top-tier competitive battle royale to all.[1]

In-Game Nicknames must adhere to the