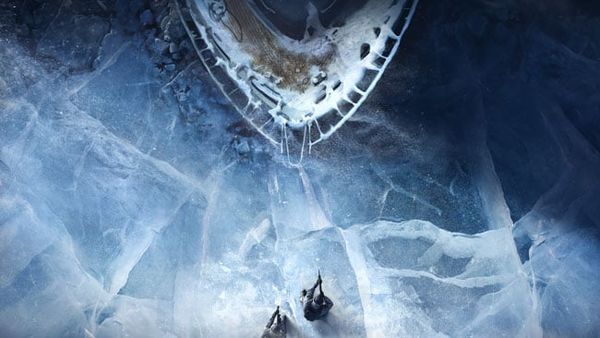 Continue the Siege with our first major content update, Operation Black Ice, which gives you access to the new Yacht map, two new JTF2 operators, new weapon skins, a spectator camera on all platforms and more.

JTF-2 operators are trained to work under extreme conditions, where over-reliance on electronic devices can be your doom.

Operators have immediate and exclusive access granted to Season Pass holders for seven days, before being made available to all players to unlock with Renown or R6 Credits.

Equipped with a floor mounted, rubber and metallic spring loaded leg-hold trap, Tina Lin Tsang uses a non-lethal means of immobilizing her prey. The sleek design of the “Welcome Mat” allows for seamless deployment without extensive camouflage. A completely mechanical device that is undetectable by electronic scanners.

The Skeleton Key, an under-barrel mounted 12 gauge shotgun, allows Sebastien Côté to swiftly breach and target hostiles, by changing hand positions on his assault rifle. Enabling him to quickly switch from ranged to close-quarter combat. The Skeleton Key is also an effective breaching tool to destroy barricades or create a line of sight.

In the Baffin Bay, a luxury yacht has crashed into an iceberg breaching the hull. Rainbow has been sent to secure the stranded vessel as an unidentified submarine has docked near the vessel.

The new Yacht map is available for free to all players.

Each season brings its load of new weapon skins, such as the JTF-2 skin, USA winter camo and Dwyer Hill. Weapon skins can be purchased either with Renown or R6 Credits. Check the Store to see all new weapon skins on offer.

Additionally, the Black Ice weapon skin is exclusively for sale with R6 Credits for the duration of Season One and can be applied to all weapons in your arsenal.

Spectator Camera On All Platforms[edit]

The Spectator Camera is now available online on all platforms and the keyboard/mouse controls have been integrated for PC. Players can now create 5v5 multiplayer custom games on with an 11th player acting as an observer in real time.

We have also integrated some visual feedback for the Spectator Camera in this update, with the goal of helping the viewer better understand the ongoing action while watching gameplay. To learn more about the Spectator camera, watch this video.

We hope the Spectator Cam will not only make matches fun to watch, but also help players learn more about our game.

From now on, the enemy team will not be hearing your team’s automatic character shouts. This will allow for stealthier approaches while maintaining non-verbal communication within the respective teams.

In Ranked and Custom Games, Defenders can vote for the objective location they want to defend. We noticed that certain maps have objective locations that are considered easier to defend than others, and that those are frequently being chosen. We believe that it will make for a more competitive and interesting experience to force variety upon the Defenders. From now on, when on the defending side, if a team wins an objective location, they won’t be able to pick it again until they’ve won the remaining locations. If the match goes into overtime, all objective locations become available again.

Reduced the visibility of bullet trails for all weapons, with an additional reduction for suppressed weapons for a stealthier approach. We believe this tweak will make silenced weapons more useful, as the damage reduction trade-off will now be more worthwhile, on top off the sound reduction.

Increased the flashbang range of effect[edit]

We are roughly doubling the range of flashbangs, making them more effective.

It used to be possible to get shot while deploying reinforced walls, even if they seemed to be covering the players. From now on, there will be collision on those surfaces even during deployment and therefore the bullets will be stopped.

It used to be possible to get shot while deploying Castle barricades, even if they seemed to be covering the players. From now on, there will be collision on those surfaces even during deployment and therefore the bullets will be stopped.

We added the English shotgun M590A1 to Thatcher’s loadout options.

Removed Bandit’s unique gadget’s (CED-1) electricity damage on the hostage. This will avoid some edge cases where it wasn’t clear who was responsible for the hostage’s death.

When surfaces break or explosions occur, nearby players get a dust effect on the border of their screen. We reduced it to be less intense and occluding.

We have changed the damage numbers in the menus according to the light armor values.

In Ranked (and as a Custom Game setting), each Attacker can now select their own spawning location instead of having to vote as a group. This will give more tactical flexibility on approaching the building and will also greatly reduce the amount of instances in which Attackers get picked off as a group by the Defenders right as the Action phase begins (team spawn killing).

Our data tracking shows that the upper ranks (Gold, Platinum, Diamond) are less populated than expected. Therefore, we have reworked how our players are distributed through ranks. This means that many players will see their ranks change instantly after the February 2nd update.

Here’s how it was before this update:[edit]

Note: Players in Platinum were often matched against Silver players, almost always against Golds and rarely against other Platinums, which gives the impression that matchmaking is unbalanced.

Here’s the repartition we are aiming for with this update:[edit]

We will be closely monitoring how the rank repartition evolves over time and will be doing additional tweaks if needed. To learn more about the Ranked System, read this forum post.

From now on, players ranked Silver 3 and below will have a higher fluctuation rate compared to the ranks above that threshold. For example, Bronze 3 could contain players that have skill ratings between 15 and 16.5 while Gold 3 would have a larger spectrum, between 32.5 and 35. The intention behind this is that players from the lower ranks can climb out of them faster. This will make it more fun for newer or less experienced players, while the constant, highly skilled players will be able to maintain their rank.

The Tactical Board will now automatically save tactics in progress every 30 seconds. This will prevent you from losing your work if any disconnection or bug occurs while working on a tactic. It will also allow you to leave the Tactical Board without having to hit the Save button. Just make sure you noticed the “Autosaved” text popping on the top of the Tactical Board, to the right of the tactic name.

The Tactical Board will alert you of upcoming maintenances 15 minutes prior to downtime. Fixing the Tactical Board bugs requires us to switch off the servers for some minutes. When a maintenance is upcoming, you’ll see a warning on the bottom of the board. As we also have the autosaves ongoing, there will be less risks to lose your work, which will occur only if you edit the tactic 30 seconds or less before the maintenance starts.

Released along with the 2.1 Patch patch notes was a list of undocumented tweaks & fixes implemented in patch 2.0.