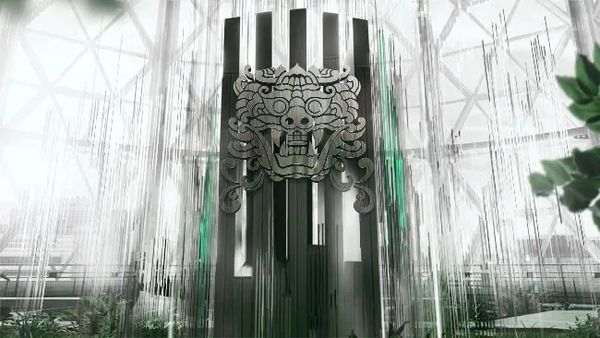 To lead Operation White Noise, Team Rainbow recruits two of 707th SMB’s finest: Dokkaebi and Vigil. The new Operators are immediately unlocked for Season Pass owners, with exclusive access granted for seven days. All players can then unlock the Operators with Renown or R6 Credits after the exclusive period ends.

Born and raised in Seoul, South Korea, Grace Nam always broke expectations. She scavenged or bought spare components to build her own computers. Grace’s skills earned her a National Scholarship at KAIST (Korean Advanced Institute of Science and Technology), but after graduating she decided to join the Army. Her athleticism and daring paid off, and she was assigned to the ROK Army Special Warfare Command before earning a spot in the 9th Special Forces Brigade known as the Ghosts. Despite her unorthodox behavior within the highly disciplined ROK Army, she gained notice for her exemplary tech skills and for being highly adaptable to situations. After Grace participated in joint training with Detachment K Green Berets, the American instructors encouraged her to try out with the 707th Special Mission Battalion.

Grace utilizes the Ballistic Armor Military Laptop, codenamed Logic Bomb, which she uses to hack enemy PDA tactical devices. The program downloads a virus of her making that can bypass firewalls, turning surrounding devices on and emitting a loud noise to compromise an enemy’s position. The program is short and self-erasing to prevent anyone from unraveling her code and building software to counter Logic Bomb.

Chul Kyung Hwa does not remember much of his childhood, only that his family was escaping across Asia. He remembers his older brother drowning during a river crossing; his sick mother left behind during a jungle crossing; and his father telling him not to cry, not to make a noise and alert the armed patrols. Gaining asylum in South Korea was not the happy life they had envisioned. The haunting guilt proved too much for his father, who committed suicide. Chul Kyung was adopted into the Hwa family, who believed it best if he forget his past, including his name. Chul Kyung wanted to give back to South Korea, the country that took him in, and he entered the ROK Navy, proving the exemplary sailor. He earned himself a berth in the ROKN UDT/SEALs, becoming such as skilled Operator that the 707th Special Mission Battalion handpicked him.

Chul Kyung’s quiet lethality in the field allows him to rely on his Electronic Rendering Cloak (ERC-7) to remain undetected. The ERC-7 uses Diminished Reality technology to remove perceivable stimuli from its direct environment. Vigil carries a prototype in his backpack, which scans surrounding electronic devices and wipes his image from any cameras in view.

Seasonal weapon skins can be applied to the weapons available until the end of the current season.

For a full reveal of our new Operator from the Polish Special Forces GROM, please click here.

This season honors Mark R. “Mute” Chandar with an elite set. Inspired by the renowned bravery of the phantom special reconnaissance unit formed at the brink of WWII, Mute embodies the F Squadron.

We will be testing a new synchronization logic for some projectiles, with a primary focus being on grenades.

The main purpose for the Trajectory Synchronization change is to fix issues where a grenade would desync on the game client and suddenly teleport back. This synchronization change allows us to align the trajectory between what the server sees and what you see on your client. This will reduce the chances that your grenade will return to you after releasing it. Below, you will find an example of the current issue that this will address: Client Perspective / Server Perspective.

The initial reason for this change was that we found that it made grenade throws feel better with this new synchronization logic. We were also glad to see that after playing with it for a while and getting used to it, this change made us feel like it added depth and player control to grenade throwing.

This feature is experimental on the TTS, so we welcome your feedback on the TTS Subreddit.

We have changed the pistol animation for greater player comfort. Our overall goal is to make pistols a true choice for players, not just a last resort when you are out of bullets.

Before this change, you always had to aim down the sights because the animation would make the barrel of the pistol lift up in the middle of the screen (where the bullet goes). As a player, you would then have to guess where the enemy is. This issue was especially true if you were aiming for their head.

We have also increased the rate of fire of all pistols. Players can discharge their magazine significantly faster with this change. This has the added benefit of making pistols more lethal, which ties into making them a real choice for players.

We are introducing buff and debuff indicators on the UI HUD. This will allow for better visualization of when you, for example, have Rook armor or step on a Lesion mine. With the new visual unification of all effects on the player’s character, this means anything you have applied to you is now displayed.

There also is a color coding: