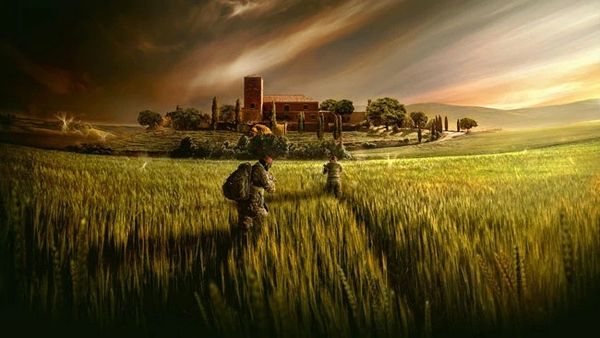 In Operation Para Bellum, two G.I.S. Operators thrive under the blaze of the Tuscan sun. Team Rainbow is deploying Maestro and Alibi in the villa of one of the most dangerous crime families.

The new Operators are immediately unlocked when Season launches for Season Pass owners, with exclusive access granted for seven days. All players can then unlock the Operators with Renown or R6 Credits after the exclusive period ends.

Alibi was born in Tripoli, Libya and immigrated with her family when she was three years old. Her father managed a small ordnance manufacturer, using his contacts to open up exports. She earned her understanding of Italian firearms through the family business and training on the shooting range. At 18, Alibi entered the European Championships, and won gold in two divisions. Following the event, a Carabinieri recruiter convinced her to join the police force. Alibi’s precision shooting skills shot her up the ranks, and she served for a time with the elite Raggruppamento Operativo Speciale in fighting organized crime. She eventually earned a spot in the Gruppo Intervento Speciale (G.I.S.), and following a successful operation in Afghanistan despite being separated from her unit, she was singled out for undercover work in organized crime. She infiltrated the Vinciguerra Crime Family and spent several years among them before bringing them down from the inside.

GADGET: PRISMA Prisma projects holograms identical to Alibi in an idle position. If you shoot or touch the holograms, you’ll be marked and pinged for the next few seconds. If Prisma is deployed outside, a false “Defender Outside” warning is triggered for Attackers. To add an element of surprise, Prisma conceals the identity of any Defender who ventures outside. Any bullet, melee, or explosives damages Prisma, and will shoot through the hologram. Be careful not to stand too close.

Maestro is oldest in a family of eight children. He grew up in Rome, but attended the Military Academy of Modena at 18. He then joined the Carabinieri and earned a spot as an Explorer Paratrooper in the 1st Paratrooper Regiment known as Tuscania. After several distinguished tours, Maestro qualified for Gruppo di Intervento Speciale (G.I.S.) and participated in joint operations in Iraq, earning a facial scar from a roadside IED. He went into private consultation where his courses quickly became a top-rated operator boot camp for teaching advanced techniques to Tier 3 and Tier 2 units, as well as private military companies. The Tuscania eventually convinced Maestro to re-enlist to help upgrade one of their units to a Tier 2 Special Forces classification, and this enabled him to join Rainbow as a representative of the Italian Units.

GADGET: EVIL EYE Maestro uses a remote-controlled turret firing high-energy laser beams. Once affixed to the floor or wall, Maestro can remote-surveil and provide overwatch in a location through the swivel-mounted camera. When the camera device breaks open to fire a laser beam the core is exposed to damage. Otherwise, the turret is unaffected by bullets and melee. Lastly, Evil Eye can see through smoke.

Operation Para Bellum launches our 20th map: a luxurious Tuscan villa. No riches were spared to offer our most tactical map to date. The house provides diverse options with its wide staircases, narrow tunnels, and secret hatches. The illusion of cover haunts whoever sets foot in the villa.

The land belongs to the Vinciguerra, a dangerous crime family known for their smuggling activities. The house is their retreat, where they lead a lavish lifestyle and collect rare art pieces. Now we catch the villa in a snapshot of time: Vinciguerras are burning documents and transporting their holdings before the big raid. But they’ve got wind of Operation Para Bellum and fled, leaving everything in disarray with vital information ready for the taking.

We are honored to grant an elite set for Thatcher, our most decorated Operator. Inspired by the operation that made the S.A.S. famous, Thatcher’s set celebrates their legacy as trailblazers.

The set will be available at the launch of Operation Para Bellum in Thatcher’s Uniform section.

In Operation Para Bellum, we celebrate the Italian artisanship of weapon fabbrikas. Our seasonal weapon skins Carnevale, Renaissance, Ancient Marble, and SPQR will bring that refinement to your Loadout.

Once unlocked, the seasonal weapon skins can be applied on all available weapons until the end of the Season.

Our Level Artists and Designers were asked, three years later, to revisit Clubhouse and bring it to new heights. They were pumped to step up to the plate, now armed with years of know-how and a series of advanced tools. Their mission was to improve the course of the map by fixing what forced Defenders into high-risk low-reward situations.

First, our Designers added a connector between the bedroom and the cash room to open up the flow of the map. Defenders can now move between buildings on the second floor without being forced to go outside. The objective locations were also targeted for balancing. The Designers added a staircase in the garage, subdivided the bar, added a bathroom to sneak past the bar, and removed some hatches on the rooftop so that players could circulate more freely.

Second, Designers monitored closely how the community adopted the map through the years with the arrival of new gadgets. It was essential to examine how players actually used the map to make sure it still “felt” like clubhouse when buffed. Our Designers wanted to honor the players’ progress and investments. Plus, it made them see their creations anew. For instance, when a Level Artist created a new staircase in the basement, a Level Designer mentioned that the community nicknamed the area “Blue Room.” The Artist played up the reference, adorning the wall with a navy banner and planted blue flares on the path that led to the staircase.

Lastly, the map buff was the perfect opportunity for the Artists to polish their initial work from three years ago; a rare treat. They reworked textures, diversified materials, dramatized the skydome, added lighting, and infused the map with the presence of unseen bikers.

As our first map buff, we look forward to watching you play on our Technical Server, and to collect your feedback on R6 Fix.

A detailed breakdown of the reasoning behind all balancing changes can be found in our Designer’s Notes: Pre-Season article.

First announced at the Six Invitational, Pick and Ban will be revolutionizing the selection process of Operators. We are first introducing Pick and Ban into custom game options with the launch of Year 3 Season 2, and it will be a highlighted feature during the following Pro League season. More details about the Pick and Ban feature can be found in the Dev Blog: Pick and Ban.

The Bulletproof Camera is a secondary gadget that will be given to the following six Defenders.

Starting with Year 3 Season 2, Defenders will use a hacking device instead of a melee animation to disable the Defuser. We wanted to improve the visual and audio feedback with this new animation to provide more clarity when a Defender is interacting with the Defuser. It is important to note that the interaction distance and conditions will remain the same.

We are implementing a numerical refactor process with slight adjustments to the existing scoring system for Operators. The goal is to balance the current system to have every Operator potentially winning a similar amount of score per round, from completing near-identical actions.

A full breakdown of the scoring changes can be found in our article on scoring.

We have altered how we detect your microphone on Windows. We will now utilize your “Default Communications Device” as opposed to your “Default Device”. This will allow players to have easier control over their desired communication device.

If you are encountering issues with microphone detection in game, please check your Windows recording settings.

With the addition of the new Italian map, we will be making some changes to the Ranked and Casual playlist. We will have 11 maps in the Ranked rotation, and 17 in the Casual playlist, and all maps will be available in Custom Games.

We are excited to start using R6Fix for the live game, in addition to the Test Servers. If you encounter a bug following the release of Operation Para Bellum, please head to R6Fix.ubi.com to report it. R6FIX will only be available in English at release.

You will need to sign in using your Ubisoft account. Once you have signed in, you will get a quick overview of what R6Fix is, and what you need to do in order to use this platform properly. After that, select the appropriate module, and get started!

You will be able to create a new report on this screen. We recommend searching through the existing issues to prevent duplicates from being generated, and upvote the issues you feel are important. If there isn’t one already made, click the “Make a Report” button. It is very important for you to provide us with your computer specs. After filling out your computer specs, you can begin providing us details regarding the issue you encountered. Please provide us with as much detail as possible, as this will help expedite the resolution time!

If you have an issue to report and already see it submitted, please provide your reproduction steps in the comments, and select the “I can reproduce” button. Once we have enough reproductions, the issue moves to “Acknowledged”.

When an issue is in “Acknowleged” status, it is up for a vote! Your votes are limited per month, so choose wisely. We recommend that you reserve your upvotes for issues that you feel should be a high priority.