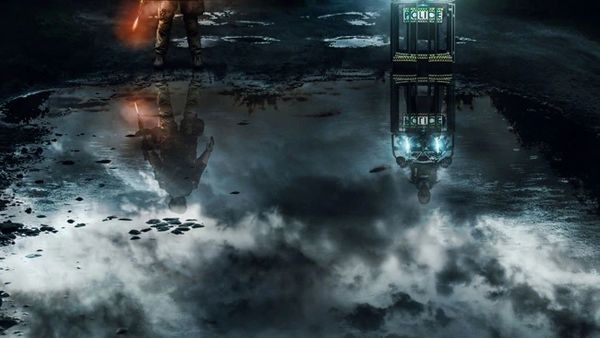 For Operation Grim Sky, Rainbow Six is deploying Clash and Maverick. Experts in mob behavior and high-precision strikes respectively, they'll also assess the new training facilities at the reworked Hereford Base. Out with the old and in with the new.

Year Three Season Three is bringing forth modifications to address weapon sights misalignment, an adjustment with the Operator Idle Pick, and improvements to dynamic resolution scaling on consoles. Hatches are also getting a rework which will improve their destruction. Finally, in addition to gameplay and technical fixes, expect a map buff on Consulate.

“The Devil’s in the details… that’s where you’ll find me.” – Maverick

Maverick enlisted with the U.S. Army and later became an Intelligence Officer, serving in Kabul. He joined The Unit and stayed in the country to gather intel, building networks of allies and safe houses, and to track hostiles. He was investigating the case of a missing reporter when he himself went MIA. The Unit had no means of communicating with him, then Maverick re-emerged two years later with enough intel to dismantle a major insurgency operation. No one knows what happened to him during those two years, but he’s been seen carrying a D.I.Y. blowtorch ever since, one that can make holes in metal surfaces. Maverick’s expertise and his list of successful missions became the stuff of legend among Intelligence Collectors. Erik “Maverick” Thorn gained the attention of Rainbow Six.

Maverick’s D.I.Y. blowtorch can breach any surface, including reinforced walls and hatches. It requires a steady hand and knowledge of the environment to create small holes and lines of sight. Maverick must be in close range to use his gadget on the chosen surface. This torch makes almost no sound but it runs out of fuel quickly. Nevertheless, the high precision of this gadget makes it a very creative tool to use hands-on without relying on digital technology. Using the Exothermic-S Torch can be risky but the team can reap high rewards with efficient use and skill.

Born and raised in England, Clash is a tough officer who served with the Territorial Support Group, holding the front line during the 2011 London Riots. She earned her spot with the Specialist Firearms Command (SCO19), making herself known within London’s Metropolitan Police Services (MPS). She’s an expert at devising crowd-control strategies and she even acquired special permission to attend Gold Command meetings. She later made Detective Constable. Her experience, service record and persistence in her line of work got her noticed by Rainbow Six. Despite her new title as DC at the MPS, she knows she belongs on the front line. This new defender joining Rainbow Six, she’s none other than Morowa “Clash” Evans.

Clash is the first defender with a shield. The CCE Shield is her primary weapon; she can swap to her secondary at any time, but to do so, she needs to put her shield away first. Her bulletproof extendable shield has the ability to slow down opponents by using a high voltage Charged Field Generator (CFG) that emanates directly in front of the shield in a cylindrical shape. Opponents caught in the CFG also sustain low damage over time. Effective use of the shield allows Clash to block entry points, and to prevent or delay a push by the Attackers.

The aim of this Hereford Base Map Rework is to address issues pertaining to the map’s flow, balancing, and visual thematic to make the new Hereford Base viable for competitive play. This is the first map rework for the Development Team, starting with Operation Grim Sky. This map makeover contains many twists and should be treated as a new map: the iconic and recently renovated Hereford Base.

Each floor of the new Hereford Base will have a larger surface area, which also means more destructible floors and walls. New stairs and hatches will be available, allowing for more movement between each floor and increasing the viability of rotations. Players will notice a dramatic change to the room structures, but the map will still feel familiar despite the entirely new layout.

The map’s visual identity and color palette are also getting an update, giving each floor more personality. Players will find a mix of old-school and modern influences, and thematically distinct rooms. However, the map will still retain its “soul,” making multiple nods to the old Hereford Base.

Thanks to your continued support and feedback, the Dev Team collected a good amount of data to perform the required fixes, to balance the map, and to push Hereford Base to the next level.

Give it a whirl on our test server and submit your feedback on R6 Fix.

No matter how cold it gets, Frost has a way of welcoming people. She’s also the best at doing so with a spring loaded trap. No matter the weather, we’re celebrating this JTF2 specialist with a cool elite set.

Elite Frost is ready to face polar climates with her Huntress uniform, victory animation, gadget skin for her Sterling MK2 LHT, and weapon skin for the Super 90, 9mm C1 and MK1 9mm. She’ll also have the Elite Frost Chibi charm.

This set will be available in Frost’s Uniform Section at the launch of Operation Grim Sky.

During Operation Grim Sky, the U.K. holds the spotlight. The seasonal weapon skins are the famous Whitehall 1212, the indomitable spirit of Majesty, the iconic Spitfire, and the royal flair of Sovereign. These will spruce up your loadouts.

The seasonal weapon skins can only be unlocked during Operation Grim Sky. Once unlocked, these skins can be applied to all available weapons and will remain in the player’s inventory.

The sky may look grim but things are looking up on Consulate. The Development Team dusted off some old blueprints and sought ways to improve the map, taking into account both the Attackers’ and Defenders’ perspectives.

The Police Line spawn point will be extended, offering a safer path to the fortified building. As for the Gas Station spawn point, a wall will be moved to prevent spawn peeking and early kills.

We’ve also added a fourth bomb site in Tellers and Archives. Time to revise those strats.

This is the Development Team’s second map buff, the first one being on Clubhouse. Make sure to play on our test server and submit your feedback on R6 Fix.

During Operation Grim Sky, we will make 2-Step Verification a requirement for any PC player to join a Ranked match. This will start with an awareness campaign, followed by the activation of the lock.

The 2SV requirement for Ranked will be activated during the Season, and we are targeting between Patch 3.1 and Patch 3.2.

All players will be informed of the exact date once it is finalized.

A detailed breakdown of the reasoning behind all balancing changes can be found in our Designer’s Notes: Pre-Season article.

EMP Grenades will now temporarily disable cameras instead of destroying them.

Our goal is to deliver less binary destruction for hatches. We have made improvements to how Hatch Reinforcements are handled within the game, and are able to work around some of the blockers that prevented partial destruction from being possible.

If you are not able to select an Operator before the end of the selection phase, you will no longer be a Recruit. You will be a random Operator from the list of Operators you have unlocked, barring any already selected by your teammates.

For those 11 Recruit mains out there, your reign of terror is not over. You will still be able to select a Recruit manually.

We are implementing additional muting functions to allow our players to take more control of their Rainbow Six Siege experience. Players will now be able to mute each player in the game individually. For example, you can mute the text chat of Emilien, the voice chat of Grabriel, text and voice for Craig, and neither for Amelie.

Our recoil system had a flaw affecting automatic weapons that causes bullets to diverge from where the reticle was pointing. This change removes your weapon’s interaction with your Field of View (FOV), and ensures the reticle will always be in the center of your screen. Please see our published blog article on Weapon Sight Misalignement for further details.

We are introducing dynamic resolution on consoles. The goal is to improve image quality when the GPU load is lighter, and render better framerate in GPU-heavy scenes. As a result, you will experience more consistent performance during gameplay, especially in situations where there are a lot of stress on the GPU, such as with a lot of explosions like Fuze charges.

Here are further details on dynamic resolution on consoles:

With the addition of the reworked Hereford Base map, we will be updating the Ranked and Casual playlists. We will have 12 maps in the Ranked rotation, and 18 in the Casual playlist. All maps will be available in Custom Games.

Over the course of the last two weeks, we have deployed additional bug fixes and balancing tweaks to the Test Server.