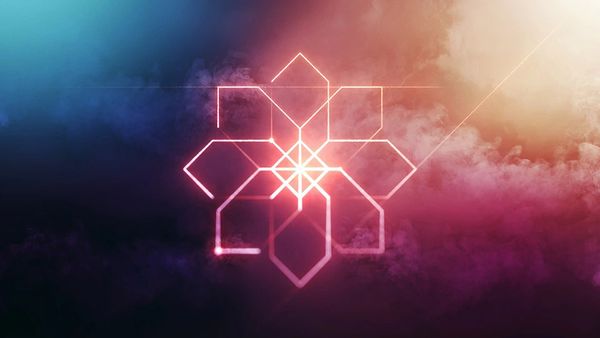 We are ending Year 5 of Rainbow Six Siege stronger than ever with the supercharged season Operation Neon Dawn! For this occasion, we’re introducing another Defender to our roster: fierce Thai Operator Aruni. She is equipped with the Surya Gate, a device that zaps drones and projectiles. This new Unique Ability will have opponents' heads spinning.

You’ll find all the information about the season’s changes in the patch notes below, from the Skyscraper map rework to the Seasonal Weapon Skin. There's also information about new accessibility features, as well as changes to Echo’s Yokai, and Hibana’s X-Kairos! Keep reading for more.

“Long years of detective work have instilled Aruni with an instinctive awareness of her surroundings that borders on the preternatural...” - Dr. Harishva "Harry" Pandey

Apha “Aruni” Tawanroong is an Operator who is completely at home in her own skin. She moves with effortless grace, as comfortable walking through a Bangkok market as she would be in a formal setting. To see her working is akin to watching an apex predator in her natural environment, afraid of nothing and master of all she sees.

“The damage output of the gate, as compared to the amount of energy it consumes, continues to amaze me.” - Elena « Mira » Álvarez Rainbow Director of R&D

Once in place, the gate projects a laser array capable of detecting anyone moving through it. When an intruder is detected, energy output to the laser increases, causing second- and third-degree burns. We spent nearly an hour tossing everything from wads of paper to pieces of fruit through until we found a setting that maximizes damage while limiting energy consumption.

Skyscraper has been reworked to balance gameplay and enhance navigation. Players have a new angle of attack, as Operators can now rappel onto the roof. As well, Dragon is now an interior room, and provides a bridge between 2F House and 2F Restaurant.

For balancing reasons, some entryways have been blocked and part of the balcony has been removed to prevent Attackers from camping outside. Despite these changes, the map’s identity and art style remains intact.

Jäger's Active Defense System now has a cooldown of 10 seconds after intercepting an opponent's projectile, and it won't be able to intercept additional projectiles until the cooldown ends. The ADS also has an infinite number of charges, as opposed to just 2.

Hibana’s X-Kairos Launcher was originally built to shoot 6 X-Kairos at once, yet only 4 X-Kairos are needed to destroy a hatch. The Launcher can now be configured to shoot 2, 4, or 6 X-Kairos, allowing players to manage Hibana’s resources as they see fit.

Echo’s Yokai drone now remains visible when placed on ceilings. This attempts to resolve some of the frustration and balancing issues that resulted from the device’s original invisibility feature. It also allows players to be more strategic with the placement of Yokai and develop new skills while playing as Echo.

The amount of time a Defender has before they are detected outdoors has been reduced from 2 seconds to 1 second. A debuff icon has been added to the HUD to replace the countdown text.

This change aims to reduce the frustrations of Attackers who are killed early in the round while still outdoors. Earlier detection makes it risker for Defenders to go outdoors and encourages them to plan ahead and commit to their runouts. It also gives Attackers more time to strategize when a Defender is detected.

A “no-drop zone” has been added to the edge of bomb sites to prevent players from accidentally dropping the defuser while trying to plant it in that area. As well, the “plant defuser” animation has been moved closer to the Operators’ feet. This prevents furniture or other objects from blocking the defuser from being planted.

Some of the physical interactions that occur between gadgets have been revised. A notable change to come out of this update is that most sticky gadgets should now stick properly on bulletproof gadgets, rather than bouncing off them. For example, Ash’s Breaching Round can now stick on Melusi’s Banshee Sonic Defense and destroy it.

Voice to Text and Text to Voice options for the in-game chat channel as well as chat assistance like Narration and Hints have been added to the Options menu. Players can also adjust the audio/visual cues for the chat and the font scaling.

Year 5 Season 4 marks the launch of the Sixth Guardian program, in which certain seasons have a limited-time bundle dedicated to a different charity. Look out for more info coming soon regarding the Doc Sixth Guardian Bundle.

Seven Operators are getting a price decrease with this season.

Complete the year in style with a seasonal weapon skin that's fit for a champion! The Gold Impact weapon skin will make you stand out in matches and give you an edge that tells your enemies not to play around.

The weapon skin will be released at season launch and is available for purchase throughout the season. Once unlocked, it remains in your inventory indefinitely and can be applied to all available weapons.

Updates and fixes made over the course of the Y5S4 Test Server. For the full Neon Dawn Patch Notes, follow the link below.