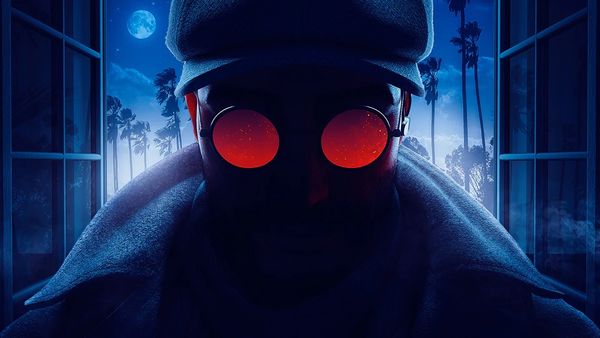 Kicking off 2021, all of us at Rainbow Six Siege are proud to introduce Crimson Heist, a season that gears players up for the ultimate heist. A new Operator is joining our ranks: the sly and tactical Flores, an Attacker from Argentina who knows how to mix precision and passion. He brings the RCE-Ratero Charge, a remote-controlled charge, with a timed explosion, that sneaks up on unsuspecting opponents.

Crimson Heist is an action-packed season that offers reworks of the Border map and Newcomer playlist, a new secondary weapon, and plenty of other exciting additions. Are you ready to get the stash? Keep reading the Patch Notes below to discover more.

“Flores’ habit of dissecting things to understand them can be both a blessing on the field and a curse in personal matters…” - Dr. Harishva "Harry" Pandey

If I didn’t know any better, I’d assume a person as appealing and calculating as Santiago “Flores” Lucero is a manipulative egomaniac. However, session after session, it became clearer that he’s just an oddball prodigy with good intentions who cares about people deeply but is never sure how to trust others.

“With a remote-controlled function, this device counter-balances the usual unpredictability of explosives in a, dare I say, refreshing way.” - Elena « Mira » Álvarez Rainbow Director of R&D

Controlled from a distance, the RCE-Ratero Charge races forward while Flores scouts a location for its blast. Once triggered, the Ratero clutches onto the nearest surface, armors itself with a bulletproof shell, and explodes, destroying nearby gadgets and soft surfaces.

Border has been reworked to improve gameplay and quality of life for players. 1F Bathroom has been expanded to provide a soft wall between the 1F Bathroom and 1F Tellers bomb sites, and the 2F Archives bomb site has been extended into 2F Offices. In addition, an interior balcony now connects East Stairs to 2F Break Room, and a new exterior staircase leads to the 2F Archives balcony.

A new secondary weapon has been added to some Attacker loadouts. The GONNE-6 is Rainbow Six Siege's modern-day hand cannon; it shoots an explosive projectile that detonates on impact with surfaces and destroys bulletproof gadgets. The name is derived from "handgonne," a term that has been used throughout history to refer to hand cannons. It is available for use by a few attackers: Glaz, Dokkaebi, Lion, Finka, Gridlock, Amaru, Iana and Zero.

Players now have access to the Watch section (via the Home section), which is where they can find replays saved by the new Match Replay system. This feature allows players to re-watch matches and explore gameplay from all angles and perspectives. The system's control bar allows players to rewind, fast-forward, and select their preferred round and replay speed.

The Newcomer map pool will now feature 5 iconic Siege maps (Coastline, Oregon, Kafe, Bank, and Clubhouse), plus 1 seasonal map that will rotate each season. Each Newcomer map will have two possible bomb site locations, and each match will feature the same bomb sites for all rounds, allowing players to familiarize themselves with the most-played sites.

If an Attacker drones near one of Mozzie's Pests, the icon that appears will now pulse at different speeds, depending on the drone's proximity to the Pest. Attackers can use this new information to rethink their droning strategy when a Pest is near.

When disabled by Mute, the necessary disabled state feedback will now appear for Attacker drones, Breach Charges, Hibana's X-Kairos, Fuze's Cluster Charge, Thermite's Exothermic Charge, and Zero's ARGUS Cameras. In addition, Claymores and Nomad's Airjabs can now be disabled and will have the proper feedback.

Six Operators are getting a price decrease with this season.

Experience two extremes with the seasonal weapon skin Thermal Antipode! With its striking design, you’ll be sure to stand out on the battlefield and turn players cold.

The weapon skin will be released at season launch and is available for purchase throughout the season. Once unlocked, it remains in your inventory indefinitely and can be applied to all available weapons.

These changes will be broken down and explained in detail in our upcoming Designer's Notes blog post.

We've made a few changes to the Newcomer and Quick Match playlists so they have similar parameters to Unranked and Ranked, making the differences between those playlists less confusing.

Updates and fixes made over the course of the Y6S1 Test Server. For the full Crimson Heist Patch Notes, follow the link below.

Due to data consolidation following changes in textures, the patch size will be larger than usual.

Below you will find the download sizes for each platform.