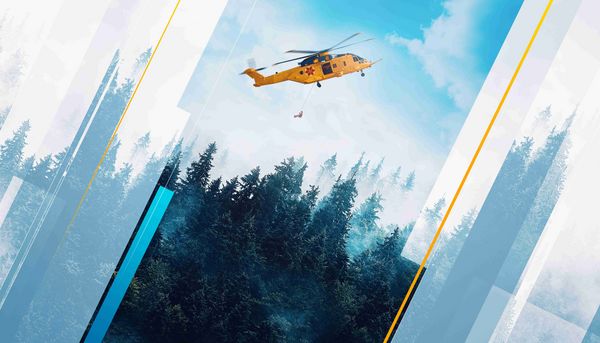 Rainbow Six Siege is introducing Year 6 Season 2, North Star! When some of our beloved Operators end up in a difficult situation, only the best of the best can come to the rescue. Introducing Thunderbird, a free-spirited pilot from the Nakoda Territories in Saskatchewan, Canada. Possessing a quiet strength, she uses the Kóna Healing Station to help the fallen on the battlefield.

This season, players can expect balancing changes to Melusi, Smoke, Mira, and Nøkk, a redesign of the scoreboard, and much more. New after-death gameplay will also be featured on the Test Server. Read the Patch Notes below for more information.

“Able to administer emergency aid unsupervised the Kóna Healing Station, like Thunderbird, is a friend to anyone on the field.” - Dr. Elena “Mira” Álvarez Rainbow Director of R&D

“With a remote-controlled function, this device counter-balances the usual unpredictability of explosives in a, dare I say, refreshing way.” - Elena "Mira" Álvarez Rainbow Director of R&D

When deployed on the ground, the Kóna Station acts as a point of safety for injured and downed Operators. All they have to do is approach the device, and the Kóna Station automatically boosts the Operator's HP or offers a revive.

Favela was originally made to provide players with a brand new destruction experience and was never intended for competitive play. While the destructible exterior walls on Favela map have allowed for interesting strategies, they never provided players with perfectly balanced gameplay. Attackers had plenty of entry points to breach, making it difficult for Defenders to guard their objectives.

The goal of this rework was to make gameplay on Favela map more balanced and competitive, while still retaining its element of fun.

The two main entryways on Favela's roof have been preserved. They were previously named 3F Main Stairs, 3F Back Stairs, and 3F Packaging and are now named 3F Red Stairs, 3F Trash Chute, and 3F Electrical. The map's small size, irregular exterior, and verticality also remain. The rest of the map, including the overall structure of the main building, has been completely remade, so players will get to experience a virtually new location that retains the same theme as the original Favela.

When a player dies they will now be able to skip over the first-person death animation. In addition, the slow motion and opponent closeup that were previously part of the death replay have been removed. This change was made to help keep players in the flow of action.

When a player is eliminated, a transparent Operator icon will appear in place of their body. The icon will remain for the duration of the round, just as a body would. This change was made to help players identify eliminated Operators and prevent unfair gameplay scenarios involving bodies.

To gather community feedback, the Y6S2 Test Server will have new gameplay after death. Attackers will be able to drive their own drones after death. As well, Zero's ARGUS Cameras, Mozzie's drones, Echo's Yokai, and Maestro's Evil Eye can be used by those Operators after death. Bulletproof Cameras (which now fire EMP bursts) can be used by Defenders after death. This feature aims to reduce downtime when players are eliminated and offer more ways for players to support their team and have an impact on the round.

The scoreboard has been redesigned to provide players with more game context during matches. The new scoreboard displays the stages of each match and outcomes of each round as they occur, and Banned Operators are listed for Ranked and Unranked matches.

The line of sight through bullet holes in soft surfaces has been blocked. This prevents unfair gameplay scenarios and encourages players to use a variety of strategies to eliminate opponents. Note: Bullet holes in thin materials like window glass, barricades, and the inner cores of props are not affected by this change.

Six Operators are getting a price decrease with this season.

North Star's seasonal weapon skin is all about courage and hospitality. With the Medicant bundle, you will be a fierce aid to anyone in need. The weapon skin will be released at season launch and is available for purchase throughout the season. Once unlocked, it remains in your inventory indefinitely and can be applied to all available weapons.

These changes will be broken down and explained in detail in our upcoming Designer's Notes blog post.

Below you will find the download sizes for each platform.