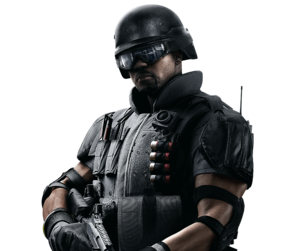 Campbell graduated from Cal State LA with a bachelor's degree in Criminal Justice and promptly joined the LAPD after formerly playing in the NFL. After five years on the job, he was assigned to the LAPD SWAT team where he excelled for three years before being transferred to the FBI. Campbell spent two years as an FBI field agent when his career took a natural progression as he was reassigned to the FBI SWAT team.

Campbell has a knack for putting people at ease. He always appears comfortable, regardless of the context. Campbell consistently strives to ensure everyone around him is taken care of and feels safe, and is highly protective of the people, close to him.

Studies languages as a hobby. Speaks Latin, Spanish, and Korean.