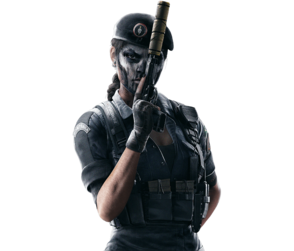 Born seventh in a family of ten boys, Pereira had to be resourceful in order to get what she wants. Little of her childhood is known apart from the meager pension her mother received after her father died. She was six years old when the Pereira family was forced to move to a poor neighborhood in the outskirts of the São Paulo state. She only caught the authorities' attention when she was 16, after her mother reported that she had been missing. A year later, Pereira was arrested miles away on robbery charges in Rio de Janeiro. Remaining poised and displaying intellect throughout the process, Pereira impressed the judge in charge of her case. He was lenient towards her age and character, which, he claimed, showed potential for socio-educational reform. He gave Pereira the choice between entering a juvenile reformatory (FEBEM) and working with BOPE in Rio de Janeiro. Sensing protection for her deviant predisposition, Pereira accepted to become a BOPE criminal informant.

Pereira excels at extracting information from suspects. Albeit using controversial methods undermining BOPE protocol, she was a key interrogator during the 2010 Rio de Janeiro Security Crisis. Her brutal behavior on the field suggests she may be suffering from an anti-social personality disorder. However, the results of all the tests conducted were inconclusive.

Requires further psychological testing to confirm she is a stable BOPE asset.