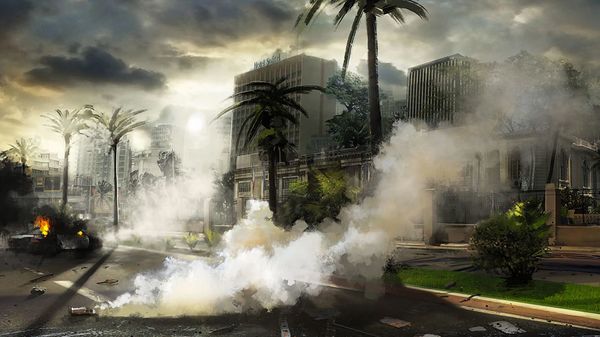 Consulate is one of the maps included with the original release of Rainbow Six Siege. During the Operation Grim Sky reveal panel at the Six Major Paris 2018 it was announced that Consulate was the second map that will receive a small rework in the form of a map buff. The map buff was released as a part of the Operation Grim Sky expansion on September 4th, 2018.

As the only mode used in competitions, the Bomb situation offers two defendable objectives for defenders, compared to one for both the Hostage and the Secure Area situation.