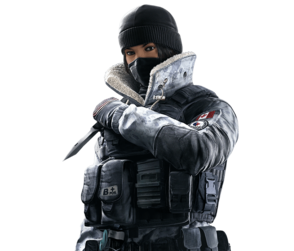 Tsang grew up in Vancouver, British Columbia. When she turned eighteen Tsang, enlisted with the Royal Canadian Air Force(RCAF), and was sent to the Royal Military College of Canada(RMC) as an Officer Cadet. After completing her bachelor's degree and officer training, Tsang was stationed at CFB Comox with the Joint Rescue Coordination Centre Victoria(JRCC Victoria).

Tsang is an extremely focused individual who meticulously plans out every move, she makes. When she sets her eyes on a goal, there is little that can stop her. Tsang is patient and never takes shortcuts.

A search and rescue tech, Tsang's ability to quickly solve complex problems with simple solutions and remain composed under extreme pressure made her an excellent candidate for JTF2.

An avid hunter, Tsang has used leg-hold traps to capture prey from raccoons to mountain lions on Vancouver Island.