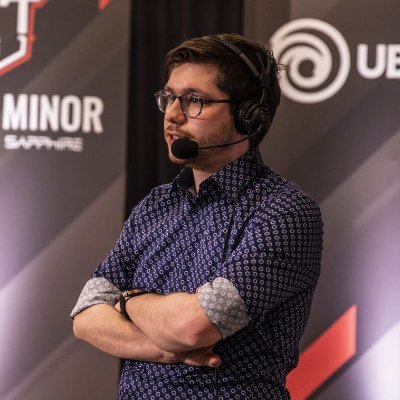 Stijn "Hap" Hapers (born January 20, 1998) is a retired Dutch Rainbow Six Siege player who played for Windigo eSports in the Benelux Championship series. Who made the choice to become a full-time commentator right after his player career.

Hap was one of the first players actively participating in the Benelux Championship, together with his team Windigo eSports. He decided to retire as player following roster changes that happened after GO4 Benelux Quarterly 3 2018. Ubisoft Netherlands then offered him the chance to become a caster for the newly founded ESL Benelux League, where he would replace MainstreaMilan who could then focus more on his tasks as Esports and Brand manager for Rainbow Six Siege in the Benelux region. Prior to the first season of Benelux League he would cast The Party 16 together with Toldersma as a try-out.

In December 2018 Hap started moving into a more international position as a caster after he was asked to cast the finals of ESL Italia Championship Winter 2018 together with Demo. In February 2019 it was announced that Challenger League will be broadcasted in part from the ESL Benelux studios, where he will provide English commentary alongside Toldersma. Later that year he would also be one of the casters for the qualifiers of the Allied Esports Vegas Minor 2019.