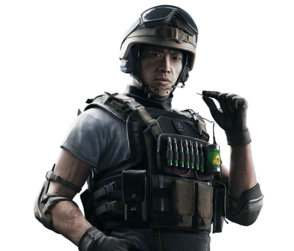 Born in Junk Bay, Liu Tze Long still lives in a public housing estate not far from this area. He was raised by his father, who worked for a ship breaking company and often pulled double shifts. During those years, Liu would stay at the shipyard, and help him dismantle obsolete ships for scrapping. As the ship breaking business began to dwindle out, Liu and his father took some demolition jobs under the table. It all came to a stop when Liu's father injured his back. Liu was 19 and could not support them both with his own income. Quickly crumbling under debts, he needed money fast, During that time, China sought some volunteers to undertake mine clearance in the provinces of Yunnan and Guangxi. Liu answered the call and worked for two years at defusing hazardous ammunitions. With ample experience in demolition and mine disposal, he returned to Hong Kong to join the Explosive Ordnance Disposal Bureau. Soon after, he joined the Special Duties Unit (S.D.U.) to deal with Chemical, Biological, Radiological and Nuclear terrorist threats.

Fell in an oil tank while scavenging an old ship when he was 10 years old. Trying to break free, he ingested a significant amount of water seethed with toxins. Since the tank walls were ripped he managed to break free, but not unscarred. Liu is highly resilient to physical hardships. His mental strength is what set him apart from younger candidates. He was one of the 3 other recruits who were able to withstand the extended version of S.A.S.' Resistance to Interrogation Program.

N.B. Admitted having detected the tang of oily waters during intense episodes of his Resistance Interrogation training.

Resistant to a series of substances and opioids, including morphine. Consult medical file for more details.