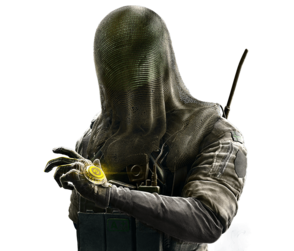 “The only thing I feel when I pull the trigger is recoil.”
Operator Information
Affiliation:

For reasons of National Security and currently active missions, Nøkk’s records are sealed at NATO Confidential security clearance, but her files have been released to Six. Nøkk enlisted at the Army NCO School in Sønderborg, then enrolled at the Royal Danish Military Academy where she graduated at the rank of First Lieutenant. With four deployments under her belt, Nøkk underwent additional special operations training, earning her Jægerkorpset maroon beret with skills in covert ops, combat search and rescue, direct action, special recon, arctic warfare, and advanced breaching. Nøkk served in Afghanistan and Iraq, often alone in deep undercover behind enemy lines. She received commendations for eliminating hostile insurgents in surgical strikes and was responsible for uncovering Erik “Maverick” Thorn’s location, forwarding that intel to the Unit.

Nøkk keeps her identity hidden from all but her fellow operators. NATO’s O&P division recommended Nøkk for Rainbow as one of its deep cover specialists.

When they looped me in on Nøkk’s real identity, I cracked open her secret dossier with schoolboy glee. I love a good mystery and I was not disappointed. Nøkk’s real identity has been a prickly issue given the potential scandal should it ever be made public. Frankly, had I not known who Nøkk’s father was, I wouldn’t have noticed the family resemblance. But it smacks you in the face when you know the truth.

I wondered how Nøkk felt about all this and how it influenced her upbringing. Nøkk tried to dismiss it as one of the realities of the job, but eventually I learned enough to start painting a portrait. Nøkk’s mother raised her, and the pair are close to the point of being best friends. It’s almost tribal how protective they are of each other. Nøkk knew about her father and his family, but it took a while before the family knew about Nøkk. They tried to give Nøkk a better life, but without bringing her into the fold out of fear of courting a major scandal for the family.

Nøkk is fiercely loyal to her mother, so I found it surprising Nøkk was loyal to her father out of respect for the family name itself. You’d think there’d be some resentment there, but Nøkk is comfortable quietly serving Queen and Country and everything else that falls under the umbrella; her Darwinist outlook isn’t rooted in her own safety, but rather the betterment of the soldiers of her unit and her country.

Nøkk’s ability to keep a secret and maintain a façade is what makes her a highly capable undercover operative but she is involved in an active mission. Fortunately, Nøkk’s cover identity is currently “in jail,” building up credibility while giving us an incredible opportunity to work with someone of Alibi’s and Bandit’s caliber. I have no doubt Nøkk is a strong fit for Rainbow, and I hope we can use her to the full extent of her stay with us.